We can’t think of a much better trip than driving up the Pacific Coast Highway, the ocean on your left with natures most graceful animals migrating alongside you. So here at H&L we have put together a list of where to go whale watching in the USA. Whales migrate these waters at certain times of year and a huge industry has been built  around spotting as they swim with their young towards the cooler water feeding grounds in the North Pacific. A huge variety of whale species can be seen interspersed with California and Washington state’s wonderful array of other wildlife including dolphins, sea lions, elephant seals and birds of prey. There is a certain allure to the majestic nature of these animals. It has probably got something to do with the sheer scale of them when you’re up close and personal. Man tends to feel fragile in the water… add a 40 feet long animal swimming around you and your senses will certainly be heightened.

The best areas to whale watch from land are Point Reyes and Monterey near San Francisco and the San Juan Islands in Northern Washington State. However, there are potential viewing spots along the entire coast line, from Baja California to Alaska. The San Juan group of islands is a pit stop for Killer whales otherwise known as Orcas especially in the summer, whom have their own aptly named island (Orcas Island) amongst the group, as they visit here for salmon feeding. Instantly recognisable by their unique patterning, they are not actually whales but rather a certain species of porpoise. 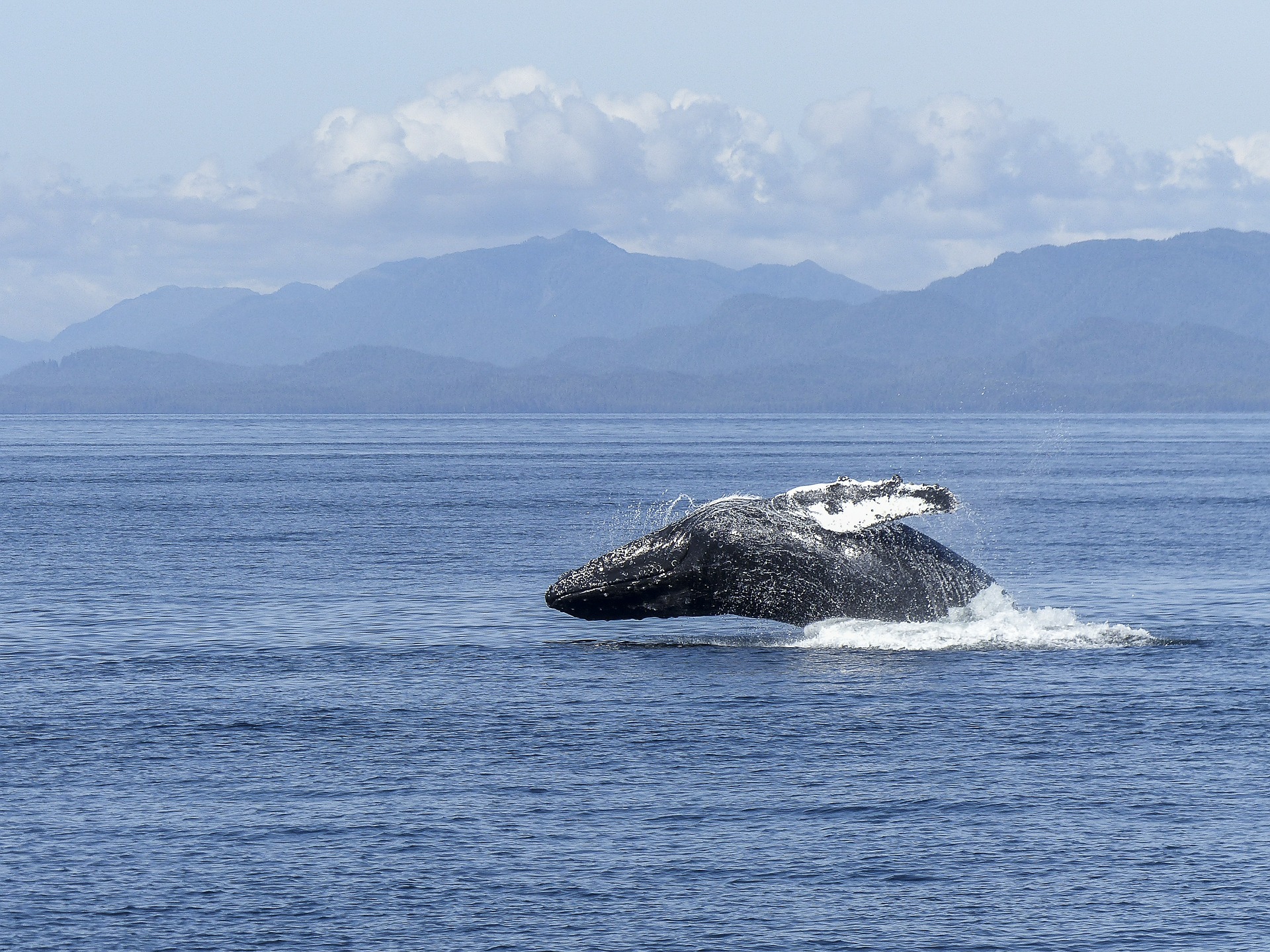 Where To Go Whale Watching In The USA | Humpback Whale

Perhaps however the binoculars just aren’t good enough and you need to be even closer than the coastline. Then a boat tour is for you and there is a plethora to choose from. Interestingly, many whales such as Grays are very inquisitive towards boats, so be prepared to get really close. It is not uncommon to witness the magnificent site of whales breaching so make sure you have your cameras at the ready. There are year round boat tours from numerous locations along the Pacific Coast however be sure to book early as often these trips fill up. The holy grail for whale watchers in this region is the Blue Whale, although unfortunately they are now very rare due to the extensive hunting that they have endured. If you can come in Humpback season however, you’ll almost certainly see the incredible spectacle of these mammals breaching in the water. Who wouldn’t be in awe of seeing a 30 ton whale leaping out of the water right next to their boat… and perhaps a little scared too!

WHERE TO WHALE WATCH

A first port of call for research if you’re serious about going whale watching in the USA should be, The Whale Trail. There is a wealth of in-depth information and a guide to all the potential viewing locations. Most whale tours also offer sighting records so you can almost estimate the likelihood of seeing a specific species of whale.

Where To Go Whale Watching In The USA | Orcas

Be aware, whale watching may just lure you in and you’ll be creating your own whale spotting chart as soon as you leave.