What better holiday for a couple with a penchant for romance and an interest in history than to spend a week or two following a route of romance in Poland exploring castles and palaces. Not only admiring the glories of times past but also having the opportunity to become a prince and princess for a few nights, indulging in opulent meals, sleeping in canopied four poster beds and, to top it all, enjoying a swim, beauty treatment or massage, all without setting a foot outside your castle of choice. As if all this isn’t enough incentive, add summer sun or winter fairy tale snow landscapes and prices which don’t break the bank.

All you have to do to enjoy all this bliss is to head for a country you might not yet have considered as a holiday destination: Poland, or, the Lower Silesia region to be precise.

Summers in Lower Silesia are warm but not stifling hot and in winter you have snow but not freezing cold temperatures. Autumn awards you with the palette of changing leaves in the many woods.

You may want to start your trip by flying to Wroclaw, Poland’s fourth largest city located on the shores of the river Odra. Wroclaw has also been nominated European Capital of Culture 2016 which means you might consider spending a day or two, going on a boat trip, strolling around the medieval Market Square, one of the biggest in Europe or dressing up and listening to a concert in the brand new Auditorium. After that, it’s time for the castle tour. 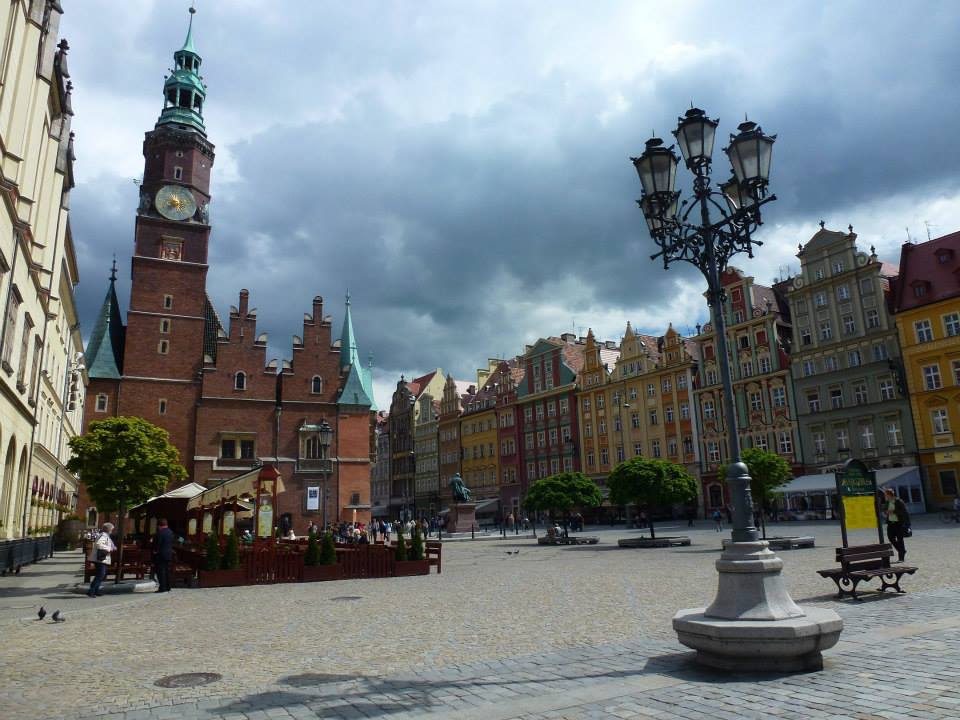 Take The Route Of Romance In Poland | Wroclaw- Poland.Travel

Head about an hour northeast to the lovely town of Swidnica and visit the Church of the Peace built in 1657 after the end of the Thirty Years War, a World Heritage site and the largest timber framed religious Baroque building in Europe. The interior will take your breath away; not an inch of the church is left unadorned with paintings, wood carvings and gold leaf.

Spend the night in the Red Baron Hotel with its aviation theme. Granted, it’s not a castle but history dominates this super comfortable hotel. Baron Manfred von Richthofen, a German WWI fighter pilot and war hero grew up nearby. He was dubbed as the Red Baron because he painted his Fokker airplane fire engine red and became the terror of the enemy until he was shot down near Amiens. Hence the name of the hotel and memorabilia of the baron as well as a well stocked library, photos and paintings, all relating to aviation and the baron are to be found everywhere, including in the rooms and give this hotel a unique draw.

Next stop is Poland’s third biggest castle: the majestic Ksiaz Castle near Walbrzych. Dating back to the 13th century, the castle standing within a huge park on top of a hill has seen many changes of ownership during its long history. It remained in the hands of the von Hochberg family from 1509 to 1940 when it was occupied by the Nazi regime and transformed into a headquarters with an incredible tunnel system built underneath as an escape route for Hitler and his officials. After the war it was occupied by the Red Army and many valuable objects were removed or destroyed. Happily, the castle has been restored to its former glory and you can wander through room after room of baroque art and interior design and learn about the English born Duchess Daisy, wife of John Henry XV, last owner of Ksiaz and her famous 7 meter long string of pearls. A visit to the tunnels underneath will make you break out in goose bumps and you will breathe a sigh of relief when you are back on the terrace and in the gardens.

Presently, Ksiaz and Walbrzych are in the spotlight. Since the 1970s rumours have been flying around about a hidden Nazi train, filled with 300 tons of gold, jewels, works of art and documents. Only recently have the rumours changed to something close to reality because scans revealed the existence of a large train deep under a mound of earth and wood and with now closed access from the tunnels. Presently the area is being cleared and soon the Polish Army is scheduled to begin excavations. You might even witness the much publicised gold hunt.

Meanwhile, sleep in the Ksiaz Castle Hotel, located at approx. 200m from the actual castle in the Ksiaz Landscape Park. Rooms as well as luxury suites are available, all furnished with antique furniture; time to embrace your inner Duchess Daisy. 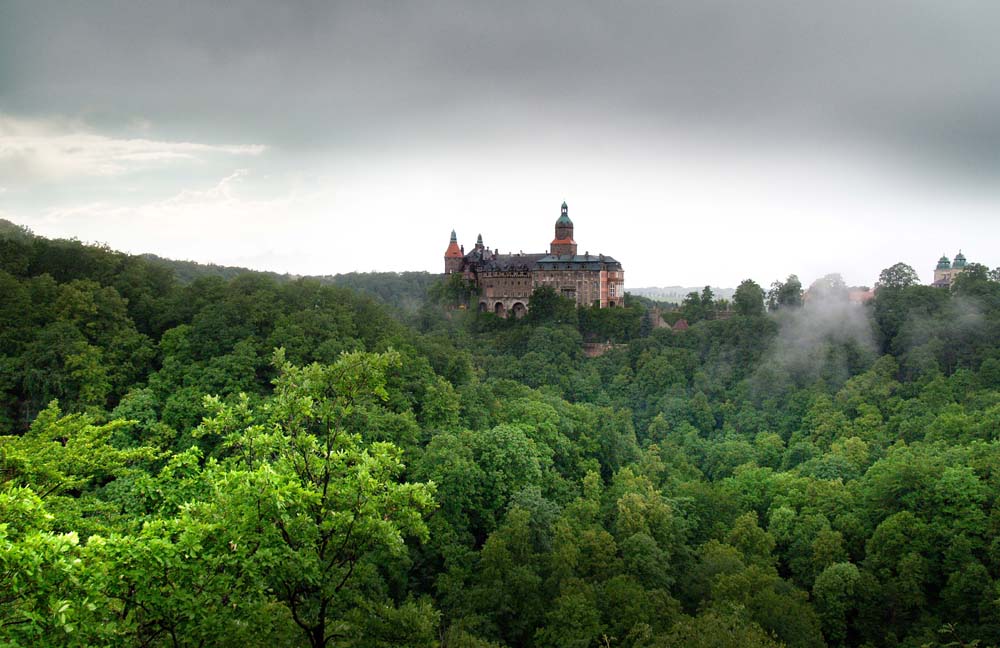 Take The Route Of Romance In Poland | Ksiaz Castle

Next on the route is Kliczkow Castle another massive castle dating from the 13th century, surrounded by the dense Lower Silesia forests and a moat. The castle has undergone many changes during its long history, it has even burnt down twice and changed hands countless times. Like Ksiaz it has been restored in neo-renaissance style and you are welcomed by a delightful host and hostess in period costume. Important guests are awarded the spectacle of a tiny cannon fired in their honour in the forecourt.

The rooms are located in one of the wings of the castle and are huge as are the bathrooms. Sleep in eiderdown pillows and duvets and wake up to see the sunrise over the nearby mountains with valleys shrouded in mist. A magical view. Then proceed to an ample hot and cold breakfast buffet, enjoy a swim in the indoor pool, a massage or beauty treatment or explore on horseback. No shortage of entertainment in Kliczkow castle.

A much smaller and newer venue is the Paulinum Palace in Jelenia Gora. It was first mentioned in the 17th century when it was owned by Jesuits. In the 19th century it was rebuilt in the neo-renaissance style and as a hunting retreat/palace by the von Kramsta family. Highlights are the terraces with views of the mountains, an intimate dining room with an elaborate gold mosaic ceiling and many walking paths which lead into the surrounding woods. Gym and a health and beauty centre entice relaxation before or after you enjoy elaborate meals of traditional Polish or international cuisine.

The entire castle and palace route in Lower Silesia comprises no less than 12 buildings. The choice is yours; we have only written about those which we have personally tried out .If you are looking for an extraordinary escape, there is no better place than the castles in Poland. Couples seeking romance in Poland, adventures and indulgent luxury need look no further; veiled with intriguing history and bounteous opulence this unassuming destination should be at the top of every couples bucket list.

For more information about Following The Route Of Romance In Poland please visit www.poland.travel/en/