We both knew of each other a while before we ever met; Jemma had a crush on me! Haha And I got sucked in and just had to like her Instagram posts!

Our first date was the best! Luckily we shared the same thought process; one that is a little less “normal” than most peoples idea of a first date. No Nando’s & cinema, no meal in an over expensive, smart dress only restaurant. We literally went from never meeting to going on a road trip. We looked for UFO’s, got milkshakes and played curbsy and football in a coach car park til midnight…

Rome & Madrid back to back! In the same week! 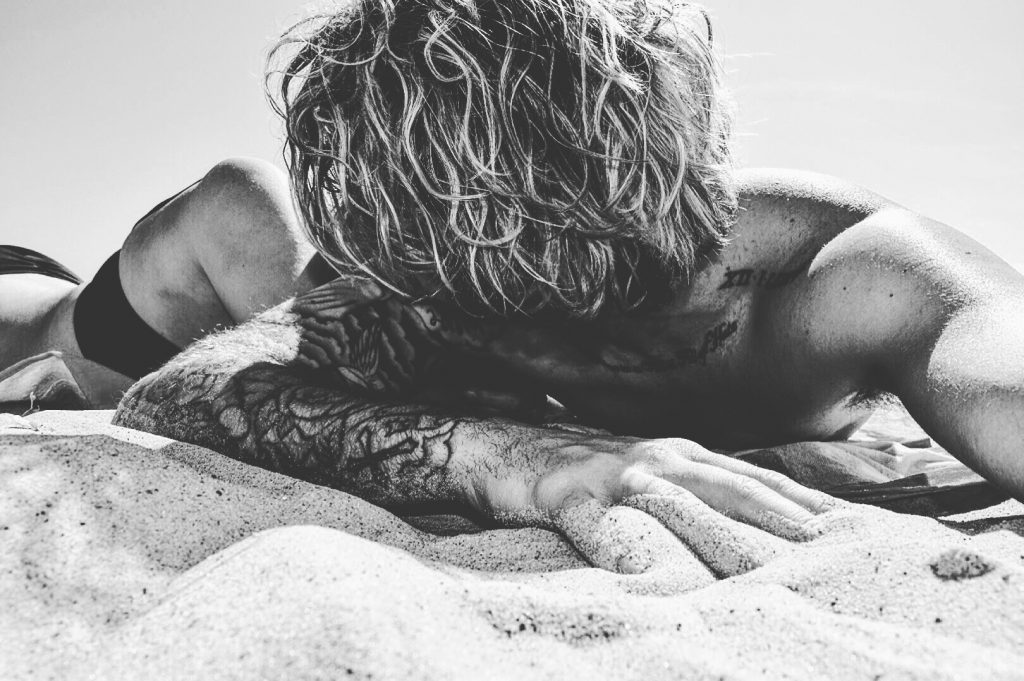 What inspired you to start ‘Our Adventure World’?

Obviously Instagram is an amazing platform to share our highlight reel and the best moments of our life. Places like Twitter and Facebook are great for engaging with our followers, but we wanted to build a website where we can fully share all of our moments, somewhere people can read our blogs, read more about us, and also as a bit of a hub for hints and tips for anyone who may feel inspired. After all, half the reason we have the goals we do is because of how amazing it feels to receive messages from all over the world from people who feel inspired by us. The message for “Our adventure world” is quite simple, unlearn what society makes you think you have to do, go out and do as you wish and live as fully as you can. Love and Travel is all the soul needs.

We love your Instagram accounts! How do you decide on what to photograph?

Thanks! We try to keep our Instagram accounts as visually exciting as possible. We know what our followers like and we stick by our theme, not only that but we really enjoy creating these moments. There’s nothing better than catching a sick photo, editing it and sharing it.  It sounds quite cliché but we don’t really decide as such on a picture, we just live in the moment and I guess that means the moment for photographs decides for us what picture is next. You hear so much nowadays about social media couples being fake and we have been called “staged” and set up in the past, but that’s pure nonsense, we don’t even bow to it; anyone who has followed from the start has pretty much watched our whole relationship grow from the beginning. In short, we just look to capture ourselves at our rawest. 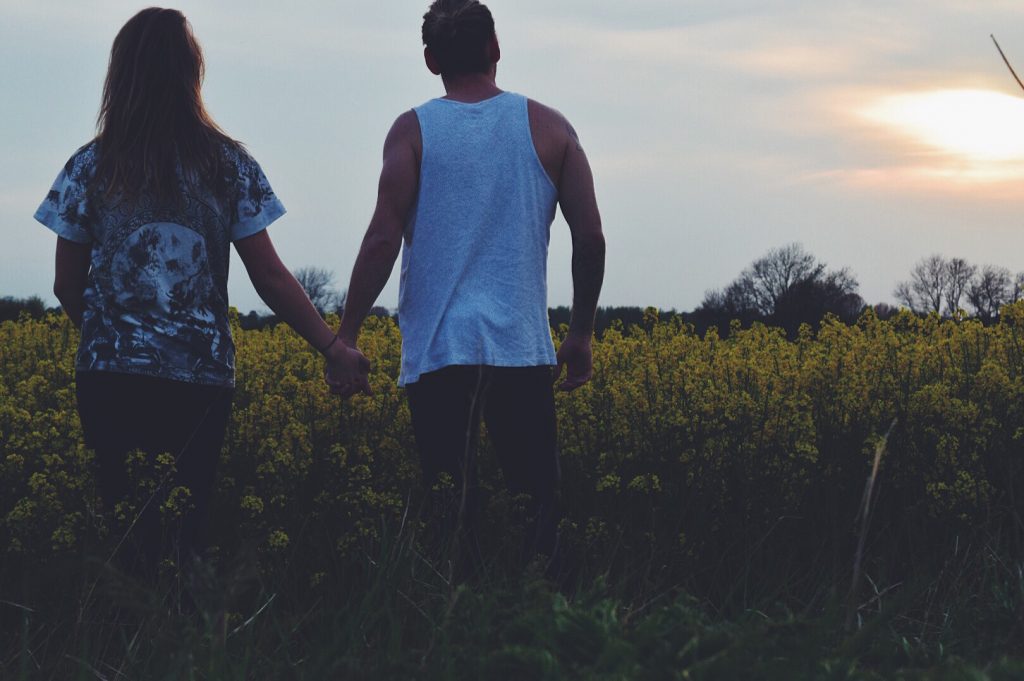 Do you plan to travel full-time?

Jemma: Rome, purely because it was breathtaking and I was forever fascinated. I’ve never been to anywhere like it before! So much to take in but so so fun!

Stuart: Rome also, We’ve both been to many places around the world and they are just as you expect them to be, but Rome for some reason had a realness to it, like the city had a heart. It’s the only city I’ve ever been to where there are no skyscrapers but you still have Starbucks next to a 5,000 year old building made of clay. Timeless days there, we walked for hours, all day in fact!

Jemma: Sol Cayo coco in Cuba! It was paradise, and there were different parts that went off in different directions, so you could find little adventures. There were like hidden beaches and stuff; it was amazingly beautiful!

Stuart: The Amsterdam court hotel in New York, that’s really random as its quite a standard hotel, but it was more the occasion, we were on the very top and the views of Manhattan were unforgettable. 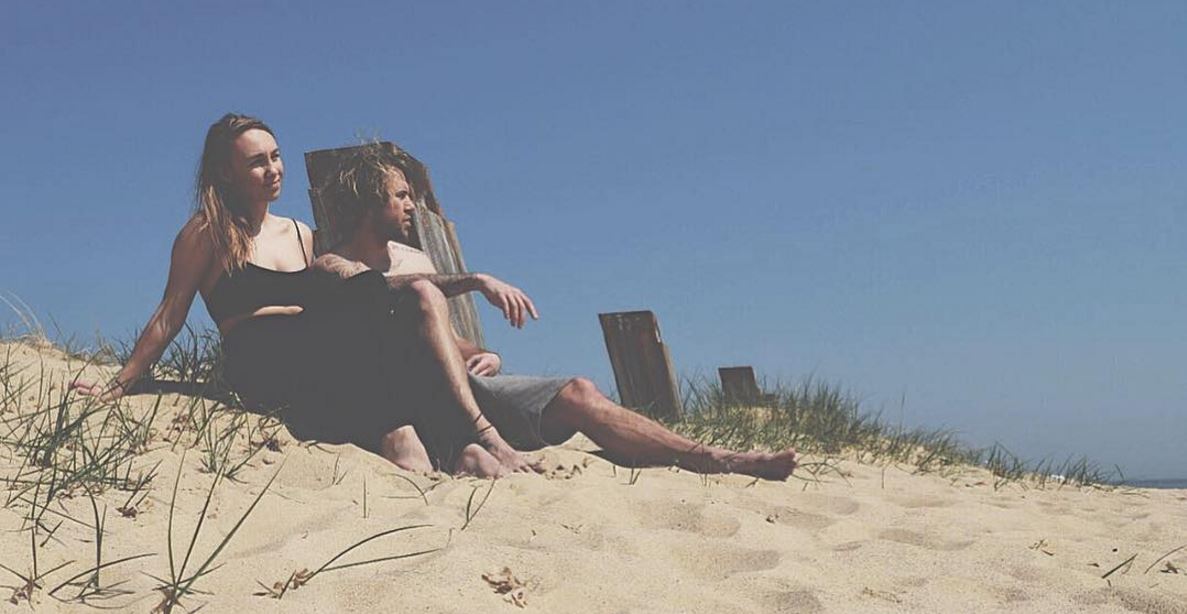 What do you hope to gain from travelling?

Stuart: To find the upmost self-belief in my own creativity. Just to know that when it comes to that fateful day that I don’t exist anymore that I saw it all and inspired others to do the same. Just to know that I truly lived and spent more time as a human, less time just being. I never really felt that anything I ever did really filled my soul, my passions and things I care about don’t exist in a 9-5 office in a suit earning money for some corp I don’t care about. That place is a black hole, a complete void. I only ever truly feel myself when I’m doing what I want to do and I’m lost in a timeless day exploring somewhere. So for me I just want to know I experienced different cultures and inspired people along the way! I want to eventually know what it feels like to say I miss home and mean it.

Jemma: Memories I’ll remember forever, once in a lifetime experiences, to see all the different cultures and embrace them. I think it would be interesting to live out of a backpack for so long and hopefully realise that you don’t need many materialistic things. Adventures feed your soul. 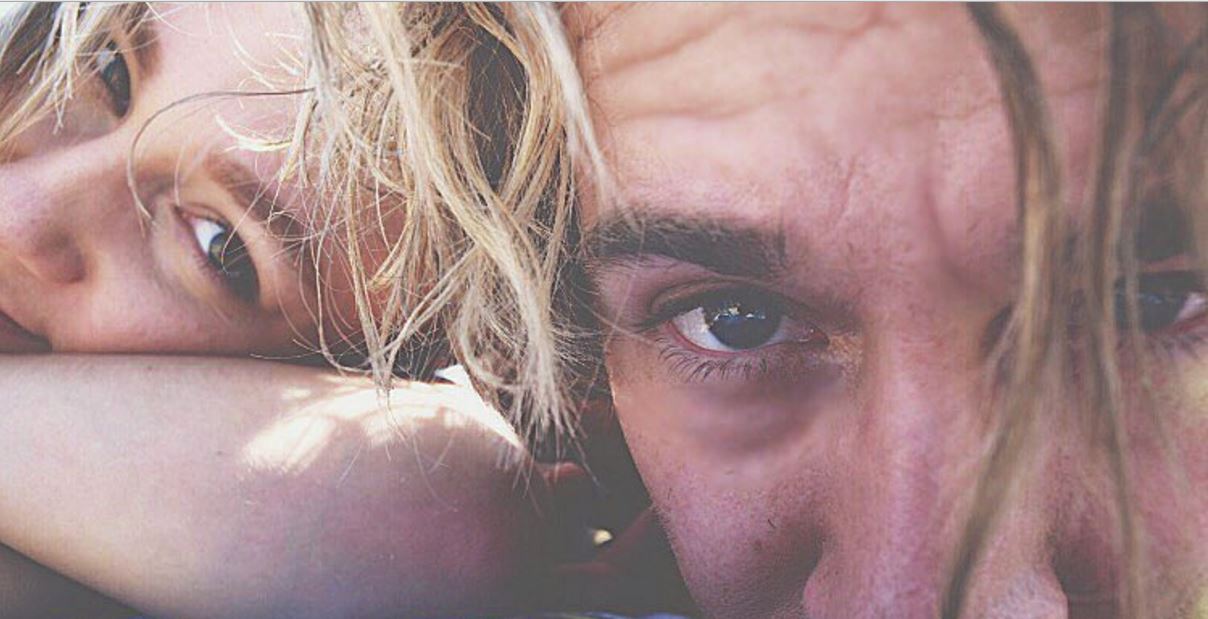 Stuart: She would probably say me! It’s an odd one because although were quite “cutesy” in all of our pictures, we’re more like best friends than anything else. Our idea of romance isn’t showing up with flowers and laying out under the stars reading each other Shakespeare as some may think; actually the most romantic thing I think Jemma ever did for me was one time I had the biggest migraine and I didn’t want to move, but she booked us into a cute old hotel in the country, bought takeaway pizza and supplied crates of Budweiser. Actually yeah, that was incredibly sweet. She’s extremely thoughtful, I find her way of thinking romantic. She’s the kind of person who thinks about me and herself when she makes decisions, that’s attractive and romantic.

Jemma: The most romantic thing he ever did was ask me to be his girlfriend with a Haribo ring ( an orange one, it’s my favourite colour)!

Two souls becoming best friends and doing things like talking in a car at 2am about the existence of aliens.

Stuart: Is American a cuisine? Anything with BBQ Sauce on it! 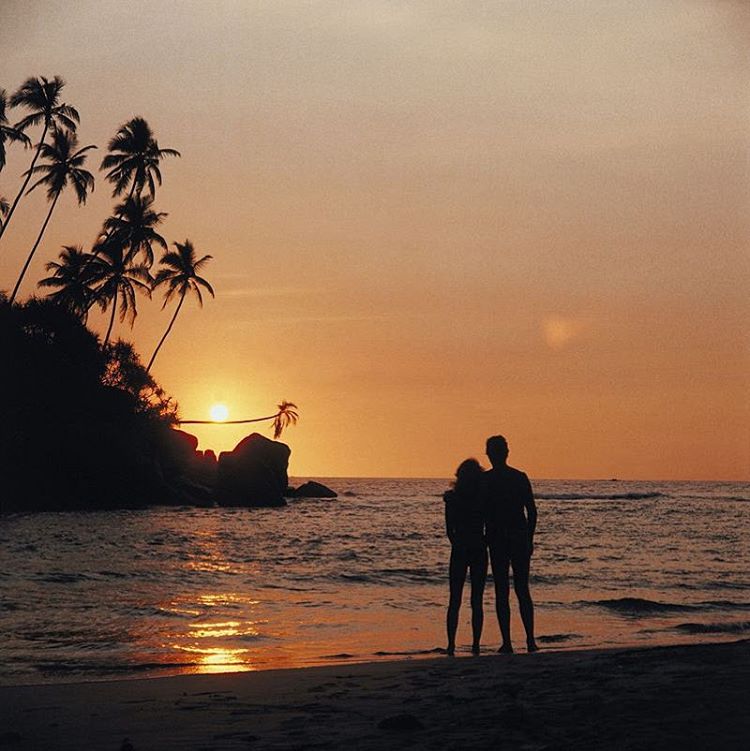 Stuart: There’s a small family run seafood eatery on the lake in Celebration town in Florida. I always think about that place, so probably there.

Jemma: Millers Ale house in Florida also! But not just for the food, there’s a real local vibe to it and everybody knows everybody and the atmosphere when a big American football game is on is out of this world. They do a cheese burger on a pizza… with burger sauce!!!

Adventurous of course! But also fun, our snapchat makes even us laugh. Very spontaneous. Things like wake up in the morning, drink coffee, hug lots, eat pancakes, put shorts on (no shoes, socks or t-shirt for him) chuck on a back pack and just go anywhere! Anywhere we can shoot pictures and explore. We’re actually completely different to most couples where we are from, we don’t do the whole go out drinking thing and we’re not really restaurant types either! We would way rather be doing something different, we are basically like best friends who do everything together. In the evenings we would way rather watch documentaries on Netflix, manage our social media accounts and eat snacks. We share the same passions, interests and now of course, the same goals, so every moment is just cute, fun, and excitable! Were the kind of couple that just does what we want whenever we want to.

We heard that you are planning an around the World trip.  What will be your travel essentials?

Stuart: Board shorts, a backpack, GoPro, DSLR, Passport. My soul 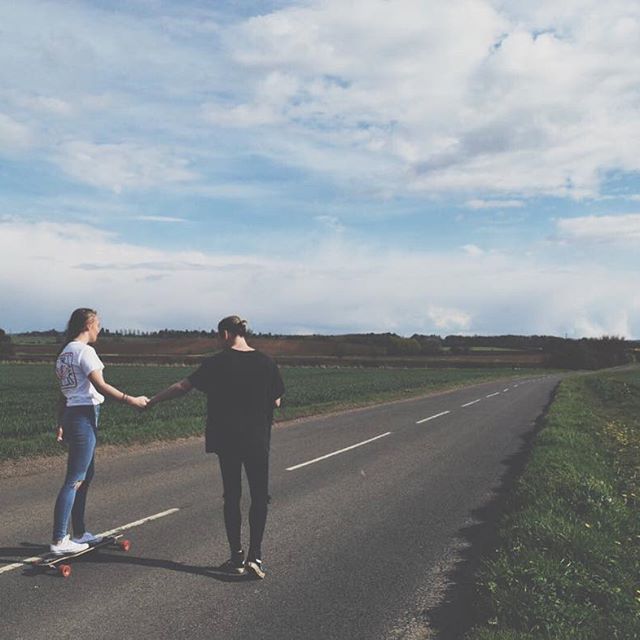 Who is the most adventurous?

It’s pretty equal! Jemma will do almost anything, and well, Stuart will do anything… We’re quite spontaneous which is really cool. Our favourite days are going on unplanned adventures, even if it means driving two and half hours to a beach on a whim after waking up real early one morning.

To focus on the growth of our social media channels and continue to build engagement with our followers over the next few months, ready for when we leave again, so we can continue to share our adventures with the world. We are also working with a few brands in terms of promoting them, potentially speaking with an agent and some PR companies! We really want to get ourselves to a place where we can just relax and do us, and finding the right people to work with could be the key to that.  We have so much to look forward to and we want to get really creative with it! So getting ourselves to a platform where sharing our life and our story with thousands of people is the goal.

HAWAII!! (we both shouted that out at the same time) Something about Hawaii has always been just so attractive to us! We go in February next year and were so stoked for it. We love how it’s like a jungle meeting the beach, we talk about it weekly, the sky dives, the shark swimming, the surfing we’ll try out. We are staying on the North Shore, Oahu, which we have watched a billion videos on, it seems to be the best place to go for the things we want to do. Once we really get ourselves on the map (hopefully before we go) we want to start making visually engaging videos using DSLR’s & Drones, and we can’t think of anywhere that will look more beautiful than Hawaii. 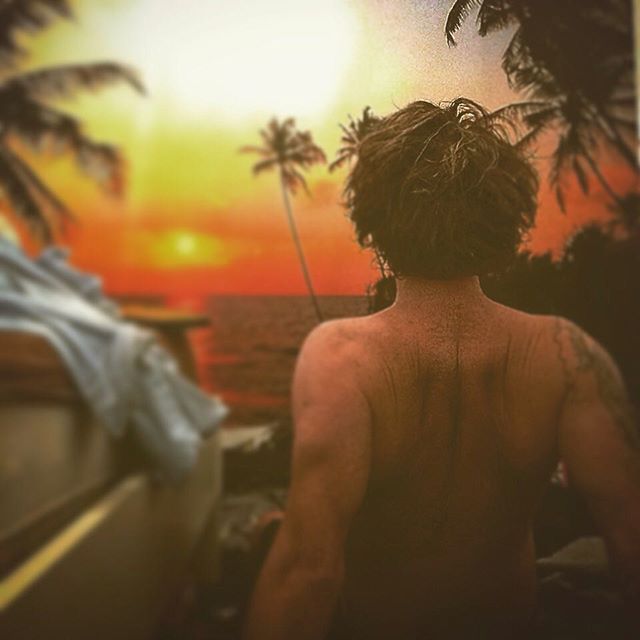 To become recognised as examples of why people should travel and why people should fall in love. To find inner peace and true happiness. To know that we have inspired millions around the world to not just be confined to the four walls of your own city, and that really you don’t have to waste your life doing what you do not wish. We went from two strangers, to friends, to best friends and lovers, to an Instagram couple, to 25K followers, to talking with agents, to planning world trips and being invited to interview for cool magazines, all in what seems like a heartbeat! So the short answer would be, just to live and to love, to be old and grey one day, 70 years old, with grandkids at our ankles, sharing stories with them from endless memories, different time periods and different continents. The same stories I hope the people of today will want to hear in the moments we are creating them. There’s a whole world out there where people fight to be relevant every day. Everybody wants to do something important to create work that matters, to avoid becoming paralysed by the threat of insignificance, and that is the heaviest burden for a human, having nothing to carry. Let’s live, and let’s go out like fireworks. 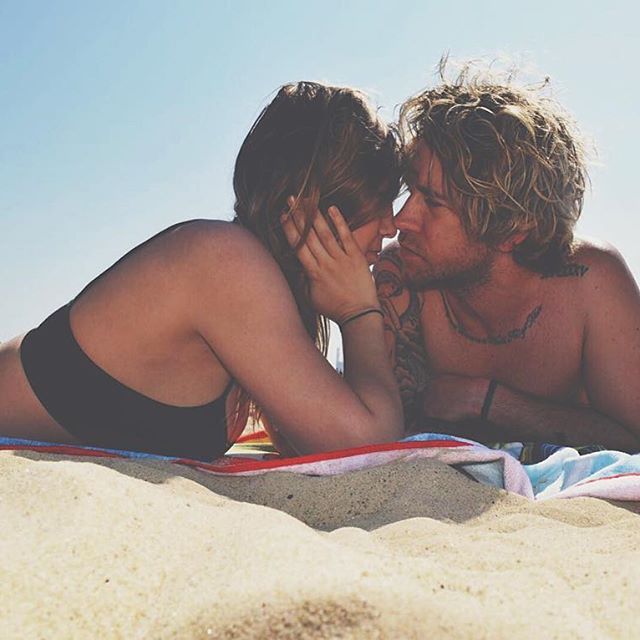