Wedge Issue curves around the corner of Clerkenwell Road and Leather Lane, the frontage simple and dark green – a few scattered seats outside, and a hint of candlelight coming from inside.

Recently opened on the site of an old Italian restaurant, the tagline just says Pizza + Beer. Accurate, but a bit modest, maybe. If the hype’s to be trusted, then the pizzaiolos are expert and the beers are craft, sourced from local breweries and with an occasional US cameo.

Darren Atwater and Martha Gall – the husband and wife founders of Wedge Issue – have named their restaurant after the political jargon for a controversial, hot button issue, usually used by one party to splinter their opposition’s support. 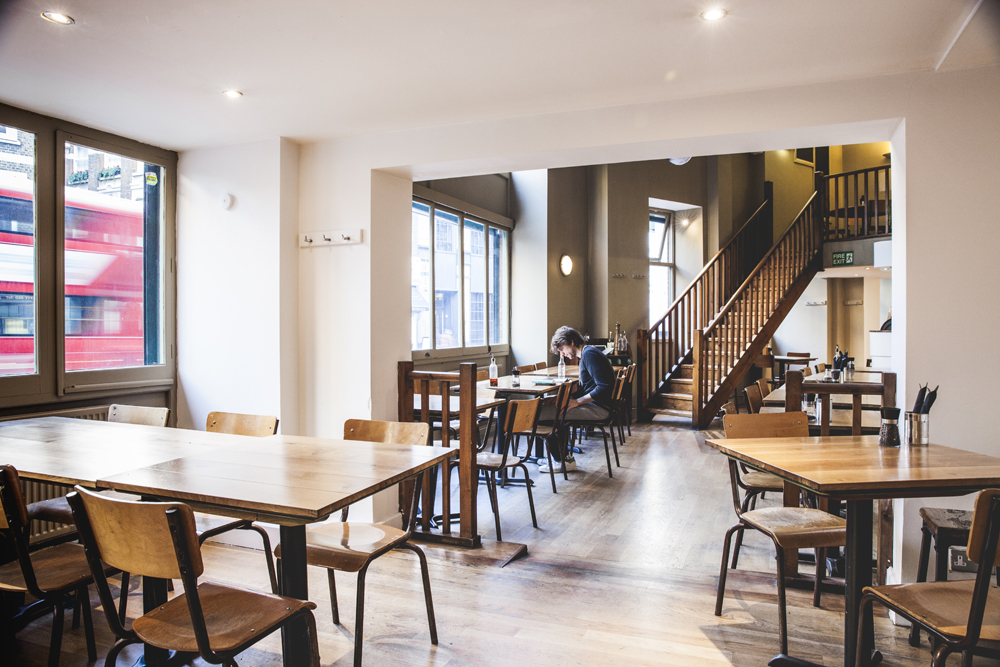 We’re kind of hoping it’ll be a more romantic and less divisive evening than that makes it sound. When you both work in the City it’s easy to end up meeting in crowded Farringdon bars, getting as up-close-and-personal with suited strangers as you are with your date. So we’re grateful for Wedge Issue even before we arrive, for a place hovering in the middle ground between most of Clerkenwell’s restaurants and pubs – less formal than the former, less packed than the bars.

Wedge Issue runs across three levels, with the Cellar bar hosting private parties, and regular open mic nights. At street level the main restaurant area’s simple and wooden, but with enough corners, alcoves and candlelight to give a warm, shadowy feeling. So far, so romantic. We head for the mezzanine, where there are fewer shadows and less candlelight, but the trade-off is slightly more privacy, overlooking rather than overlooked. That’s important for two reasons, and only one of those is the opportunity for the occasional kiss that at least one half of our dining party – it’s me, I’m that half – would feel reluctant to make the pizzaiolos watch.

The second reason for the mezzanine is that there’s never been a pizza in the world I can’t get all over myself. I know that, and my date knows that, but not everybody downstairs has to know that; so we take over a corner of the upper level and prepare ourselves for a scene of carnage.

The pizzas I plan to stain my clothes and face with tonight are a smooth mix of old school and New World: they’re made with traditional San Marzano sauce and flash-baked for 90 seconds, but the thin crusts and gluten-free options owe as much to New York traditions as Neopolitan ones. 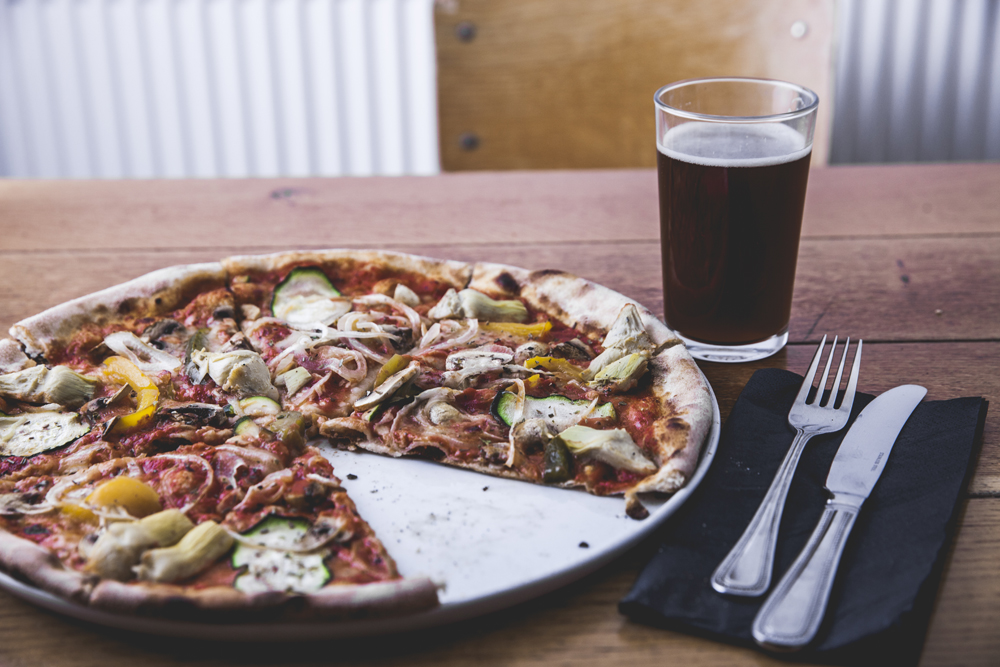 We share the Dalston and the London Fields. All of the pizzas are named after London zones, and these ones are heavy with ‘Nduja, ricotta, and toppings homaging the enormous Italian community in Hackney. On the beer side of things we cast our net as far as South London – Wedge Issue’s supplier list covers every compass point in town – with an Anspach & Hobday IPA and a honey ale Hiver Beers.

The Dalston’s everything you want a pizza named after your neighbourhood to be, the honey in the Hiver ale bringing out the sweet spiciness of the ‘nduja. The London Fields is softer, less fiery – and a bit less exciting, but ultimately both of these pizzas are miracles.

Because somehow by the time we’ve finished them I’ve escaped without anything on my face, hands, or clothes. Maybe a very light dusting of flour on my clothes. But that’s it. This is totally unprecedented. A suspicious person would look back over the dinner and wonder if those times her date affectionately stroked her cheek or brushed her hair away from her face were actually stealth sauce-removal moves. But I know in my heart that these pizzas are just magic pizzas.

We leave, hand in slightly-floury-hand, in search of a nightcap and music.

And Wedge Issue? It turns out it’s not that divisive after all.