Summer is here and with the Chelsea Flower Show around the corner it’s time to get out and about and explore London’s best gardens & parks. It is a city that is hugely proud of its green spaces and it helps make the capital what it is today. Our list incorporates all four corners of the capital from the large to the small and those in between. Be prepared to get your walking shoes on and explore those magical, mystical and sometimes eerie green areas of London. First up on our list is; 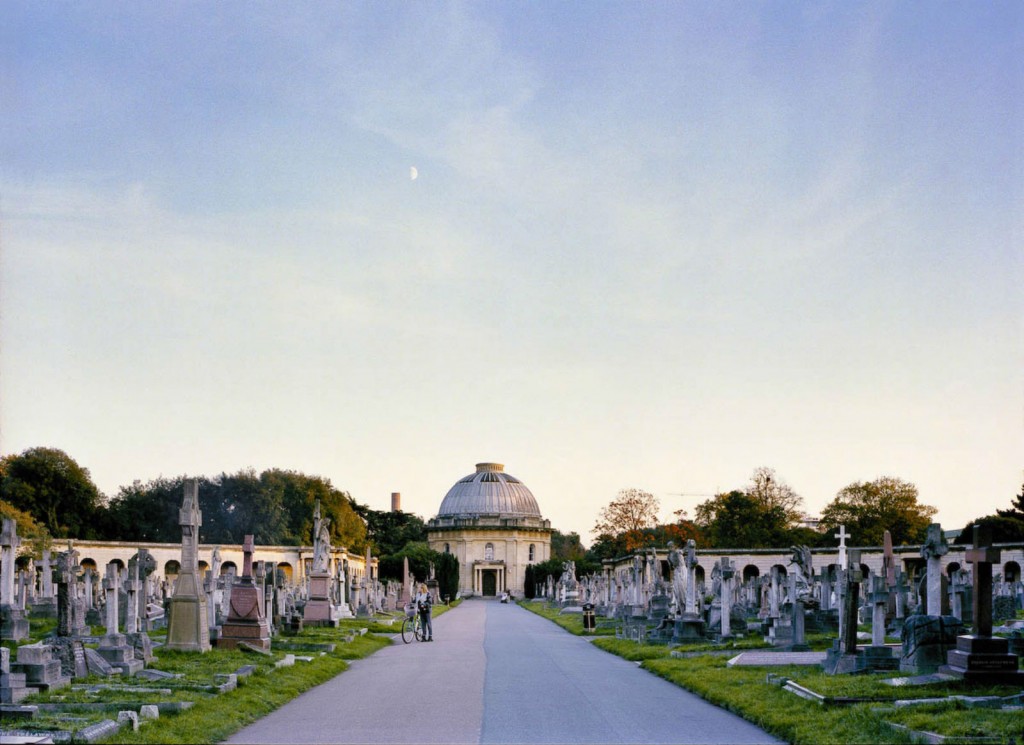 London is home to the Magnificent Seven. These are seven spectacular historic cemeteries that many many years after their conception are deeply mystical and preserved places. Brompton Cemetery is a magical place that is home to historic landmarks as well as impressive headstones nestled amongst the wildlife and vegetation. The cemetery, a Grade I listed landmark, is well worth a visit especially at dawn or dusk to experience the impressive light bouncing off the headstones. It is also the only cemetery owned by The Crown meaning it’s entirely funded by us. This June, Nomad Cinema are hosting screenings of Psycho, The Birds and The Night of the Hunter. 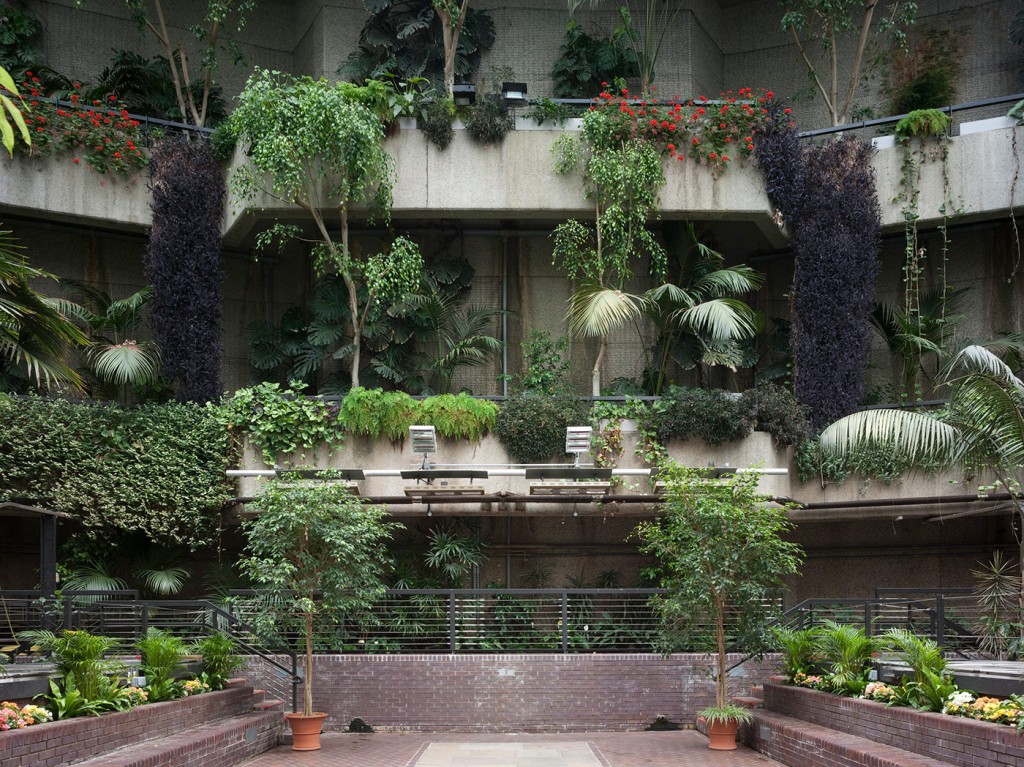 Opened by The Queen in 1982, the Barbican is a Grade II listed monument. The Barbican as a whole is a huge complex that is home to theatres, conference halls and apartments. The Conservatory in the image above is a lovely space that’s full of vegetation set amongst the brutalist brick architecture. Home to exotic fish and over 2,000 plants and trees – there’s no where quite like it in London.

You can now even have afternoon tea in the Conservatory on Sundays. Sit and take in your surroundings accompanied with tea and cakes. 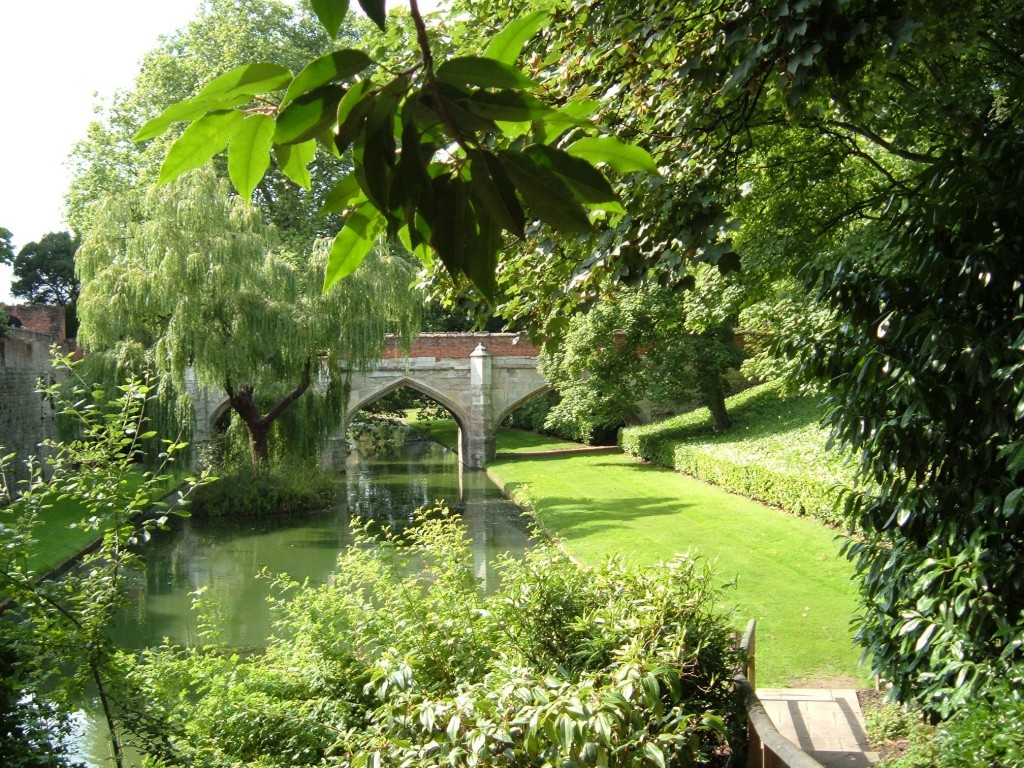 Coming off the back of a £1.7m project, Eltham Palace re-opened last year and is like stepping in to a time machine and whistling back to the 1930s. The palace was the idea of millionaires Stephen and Virgina Courtauld and is a standing icon of the art deco movement. Of course when visiting here, you simply must see the palace and not purely visit for the gardens. However, set in 19 acres the beautiful gardens are designed by award winning landscape designer Isabelle Van Groeningen. The real highlight is the rock pool with its characteristic waterfalls. Also home to London’s oldest working bridge you’ll never stop feeling as though you are in a different era. For those that like to follow the gardens seasonally then this is a lovely guide indicating what you can see in the garden at specific periods of the year. 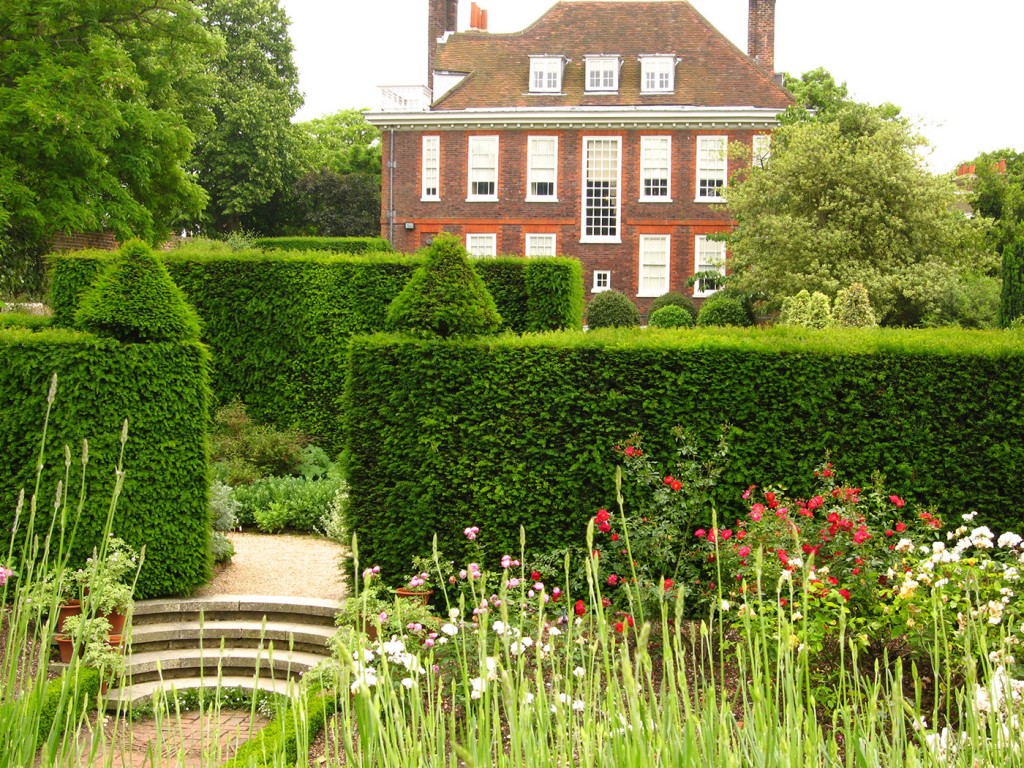 A beautifully proportioned 17th century merchant’s house with an accompanying walled garden. The garden is a balanced one with finely manicured areas and those that are less formal. Admire the sunken rose garden from the formal front lawns. Make sure to visit the kitchen garden and 300 year old orchard where you’ll find an incredible 32 varieties of apples and pears. 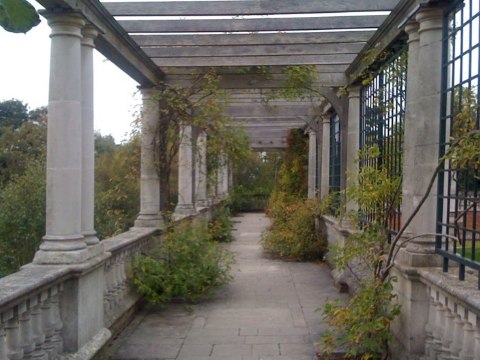 Back in 1904 Lord Leverhulme bought a mansion named The Hill. Over time he envisioned this incredible raised walkway that overlooked his land. Designed as a space for the setting of his extravagant parties it was also used by his family in the long summer evening where the vista afforded enjoyment of the gardens. The raised area was created out of the excavated material that was removed from the ground from the creation of the nearby underground network. After the Lord’s death the area fell into disrepair and has never been fully restored to its intended opulence. However, that is its charm. It is a mystical and moody place where vegetation intertwines with the iconic architecture. It’s a must see. 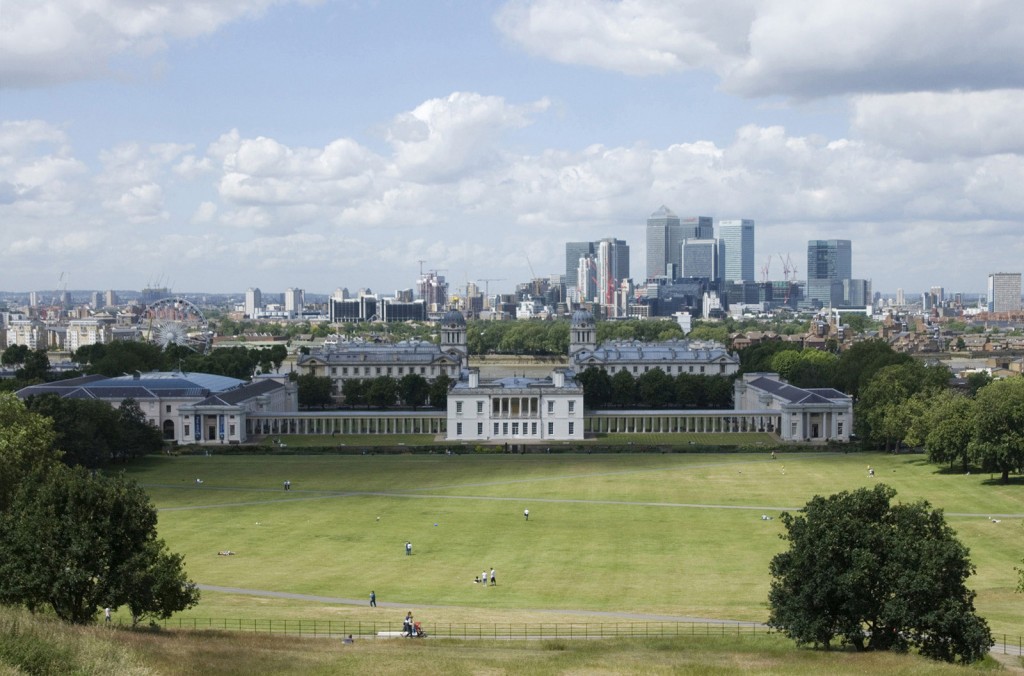 Greenwich Park overlooks the City and what a magnificent view it has. On a sunny day you can see for miles and pick out the outstanding landmarks of London such as St. Paul’s Cathedral from the top of the hill that overlooks the immediately adjacent National Maritime Museum and Old Royal Navy College. Greenwich is no-doubt London’s park that is most historic having links to the Roman times. It was enclosed in 1427. The park in itself is a trip in itself however you should make time for the other attractions in the area. Grab lunch from the market nearby and the great food vendors trading there. The park has multiple sections to it including a rose garden, flower garden, herb garden and The Queen’s Orchard. The Queen’s Orchard is a small area of the park open only on Sundays where various fruit and vegetables are grown dating back to the 1500s. 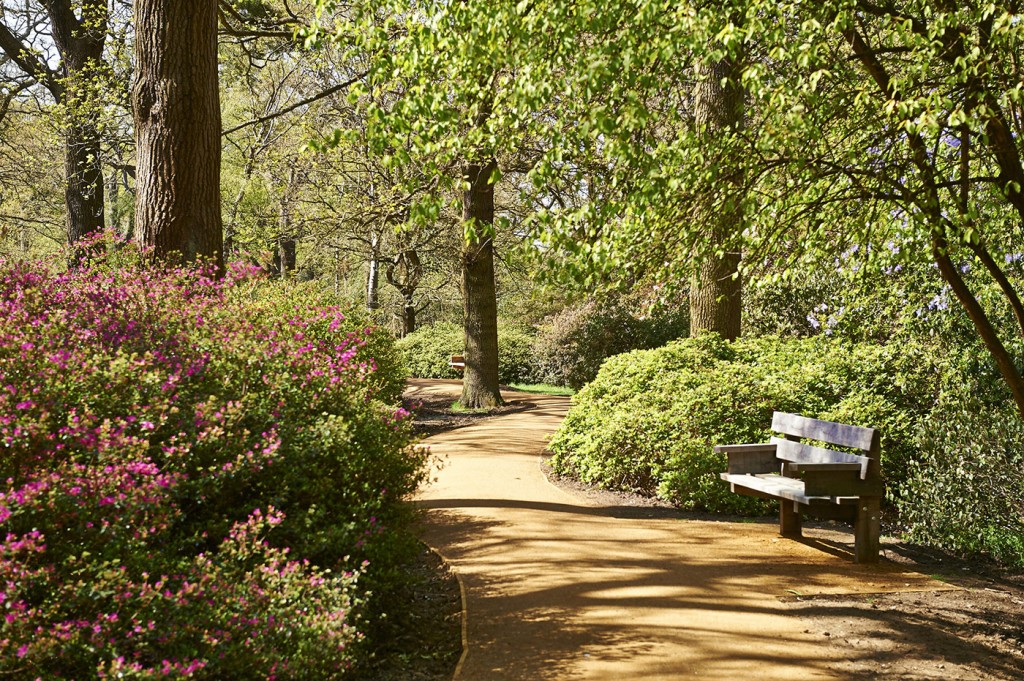 A 40 acre woodland garden set within a Victorian woodland on the south west area of Richmond Park, planted originally in the 1830s. The best time to visit is now, April through May where the evergreen Azaleas line the ponds and make for a beautiful sight. The plantation is a Site of Specific Science Interest and as such it is run and operated with organic principles and the wildlife and vegetation in mind. There are numerous species of plant that are planted for the specific characteristics of wildlife, such as nectar producing plants for bees and vegetation that provide hiding grounds for birds and insects. 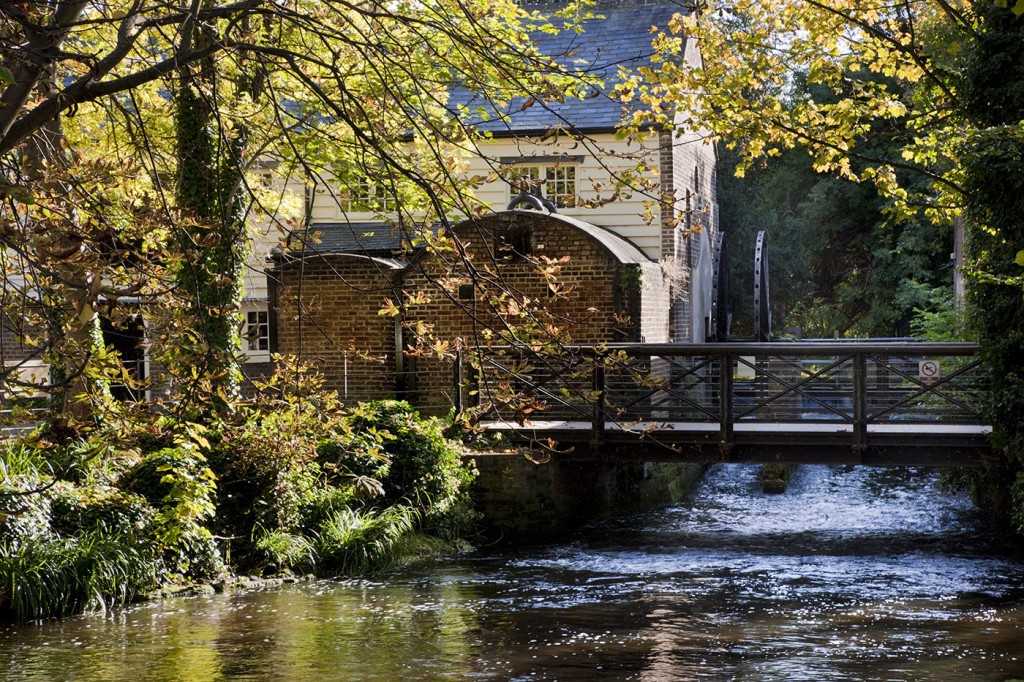 Morden Hall Park is a taste of a country escape yet it is within the confines of a city. Formerly a deer park that lined the River Wandle throughout the industrial revolution. The park still has snuff mills that survive and the river provides a welcome habitat for the foliage and wildlife in these parts. The park has a distinctly community feel to it. Once that is populated with wildlife and local tradesmen and artisans that occupy the former industrial buildings. Step into this park and you feel as though you’ve stepped outside of London and into the true countryside heartland of England. There is even a cafe and a second hand bookstore for you to enjoy.

“I love this place.  It’s somewhere beautiful on the edge of London.  It feels like its my park”  Fred Madden. 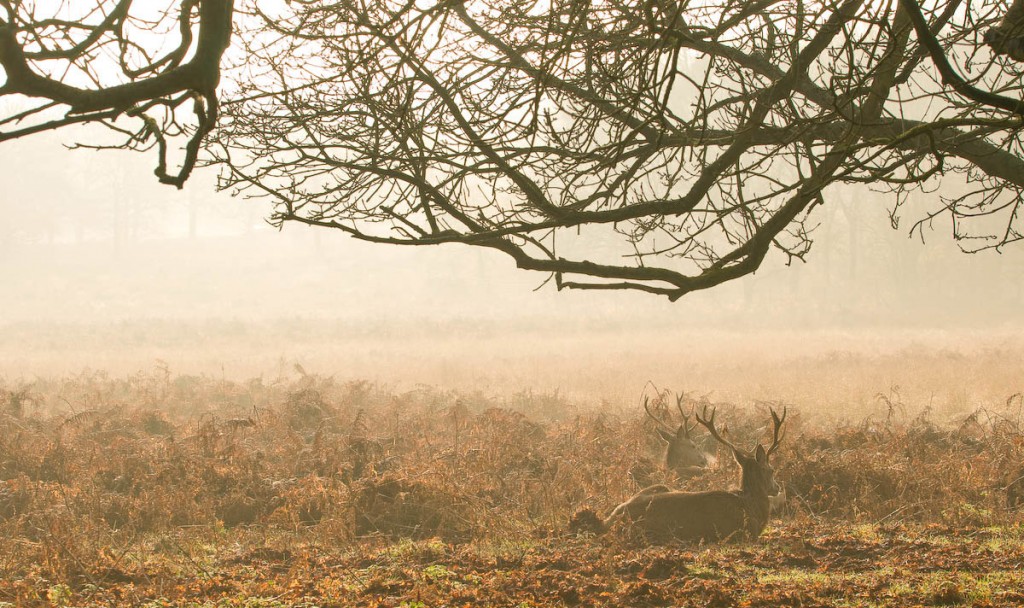 Richmond Park is huge. It is the largest of the Royal Parks and the largest enclosed space in all of London. Not only that, it is a National Nature Reserve, London’s largest Site of Special Scientific Interest and a European Special Area of Conservation. What’s truly special about this place is that it is home to not only the Isabella Plantation mentioned above but herds of red and fallow deer. The stags with their mighty antlers are truly an impressive sight on a foggy morning throughout autumn when it is rutting season. Do make sure that you keep your distance however as they are wild animals and can be dangerous. There are over 600 in the park and they’ve been since the 1500s. Richmond Park can be explored by walking, cycling, horse riding, there are road routes too and it even has a golf course. Richmond Park is a great feature of London and there will certainly be an activity for you. See their website below for more details. 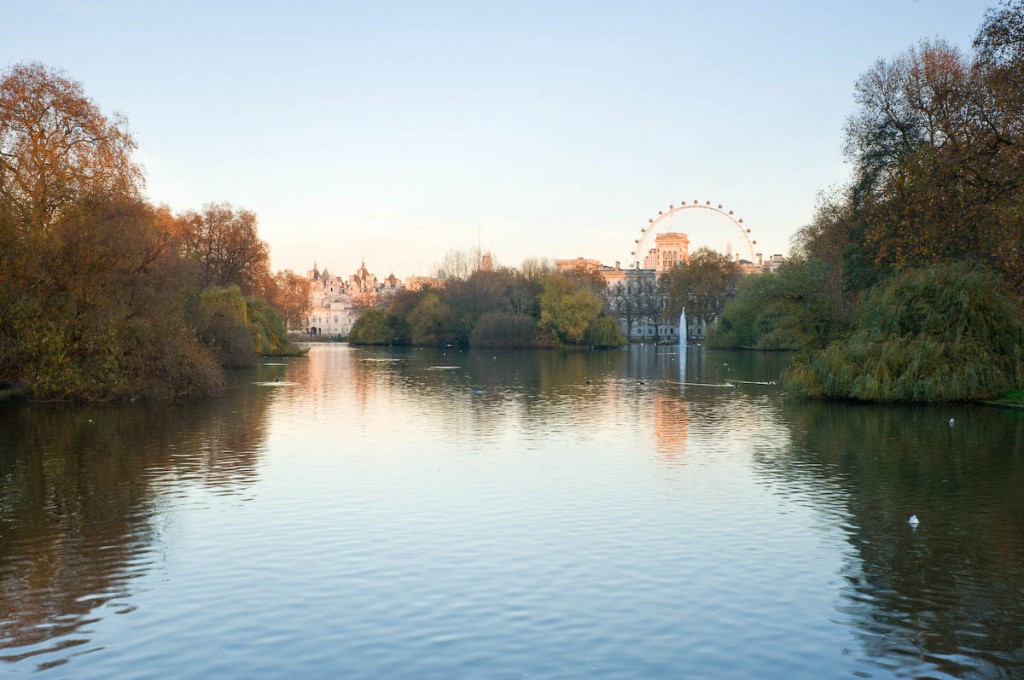 St. James’s Park is London oldest of the city’s eight Royal Parks. It is an impressive feature of the city’s landscape and is the heartland of ceremonial London being adjacent to The Mall and Horseguards Parade. Surrounded also by three palaces, Buckingham Palace, Westminster and St. James’s Palace the park is an excellent pit stop where to sit and relax when visiting the capitals Royal heritage sites. Many a morning can be spent watching the Household Cavalry or Guards regiments parading and practicing their drill. There’s also an impressive amount of wildlife here for a park of such an urban setting. Pelicans are a regular attraction. Make sure you visit Inn The Park, a timber clad restaurant within the park. Stop here for lunch or even simply an ice cream to take on your travels. The park does get busy through the summer tourist months. 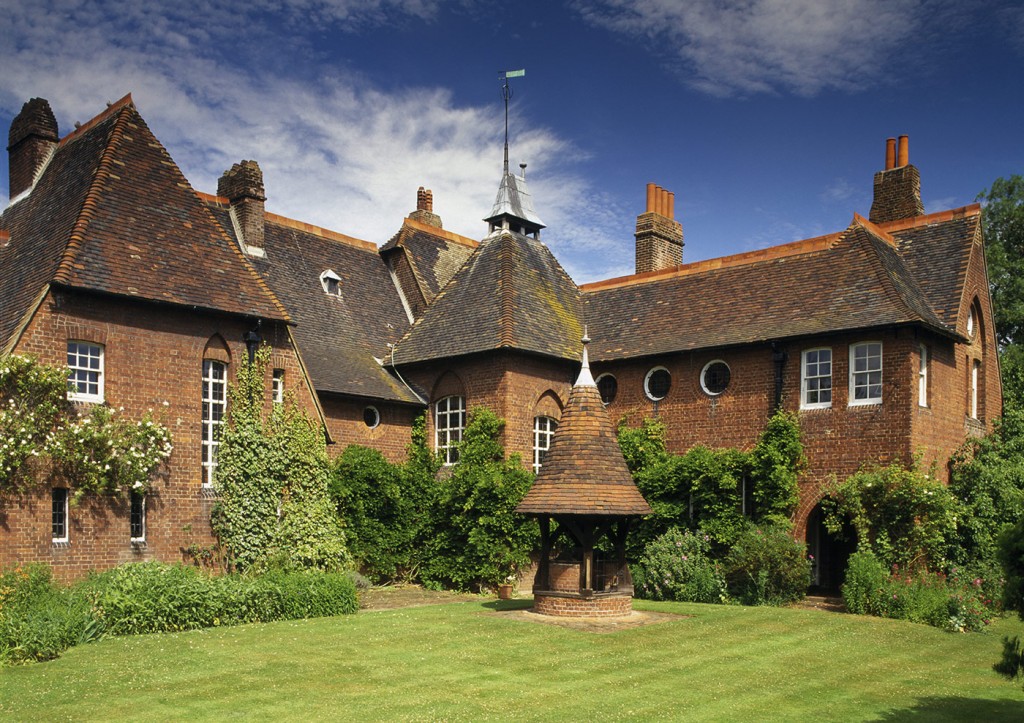 The iconic home of arts & crafts great William Morris has this beautiful garden set within the grounds. Set away behind a red brick wall a secret and secluded garden awaits. It’s a serene and peaceful place to sit and relax once visiting the house. The house was completed in 1860 and described by Edward Burne-Jones as ‘the beautifulest place on earth‘.

“fill up the flower-growing space with things that are free and interesting in their growth, leaving nature to do the desired complexity” – William Morris.