I’m slowly becoming more and more a fan of Greek cuisine, as so I should be due to the fact that I shall soon be marrying in to a Greek family. As a result, I wouldn’t call myself an expert, far from it, but I do know a little about Greek cuisine.

Visiting the Hungry Donkey we were excited to taste a little bit of Greek in central London. The restaurant is owned by Markos Tsimikalis that turned his love of Hellenic street food and Greek cuisine into the 42 covers Hungry Donkey in Aldgate.

“I really wanted to create somewhere that is modern and cool without losing the simplicity of classic Greek dishes. The menu has been designed so that we can cater to the city worker who wants a quick and delicious lunch, somewhere popping in for a coffee or guests who want a relaxed supper.”

The décor of the space hints at a more industrial nature and yet it is colourful and welcoming. The accents of bright yellow ensure that the restaurant has a modern and playful theme to it. This yellows runs through the restaurant’s entire brand operation, from the menus to the sumptuous Greek olive oil served on most dishes. 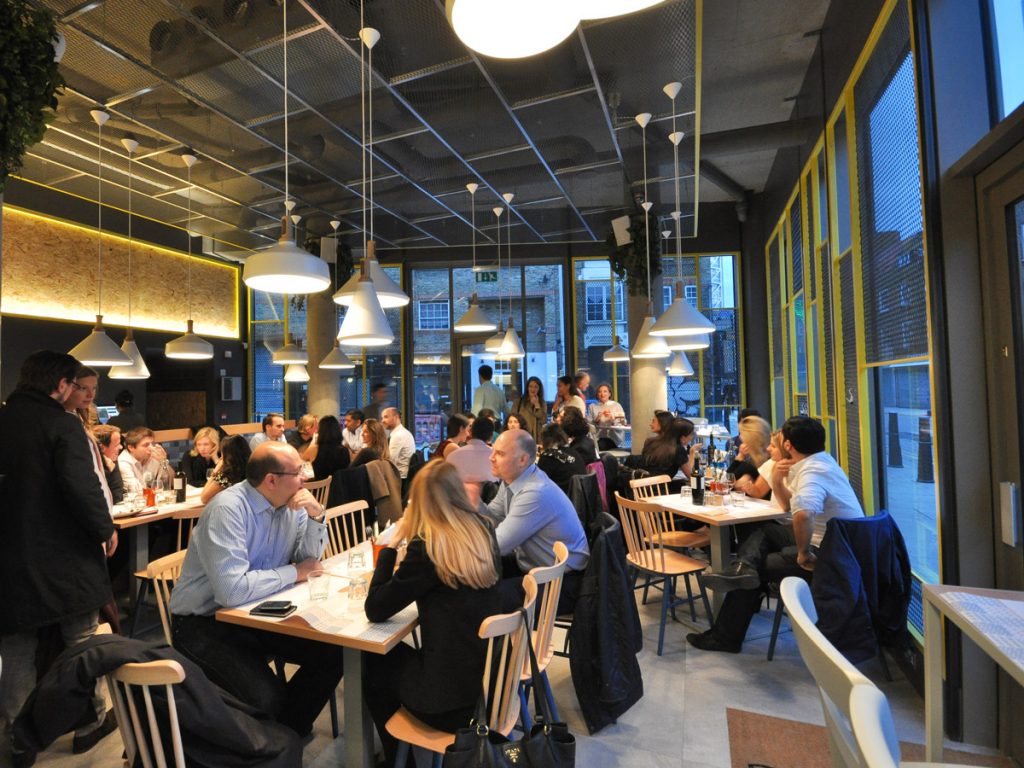 When we arrived the restaurant was already reasonably busy with a good buzz to it. The chefs were preparing dishes behind the open counter. I’m always a fan of open kitchens that allow the smells of the sizzling food to enter the dining area. It ensures that you’re hunger pangs start as soon as you enter through the front door. Casting eyes across the menu confirmed that we were right to be excited with visiting. Our waiter pointed out all the dishes that he recommended and they all sounded fantastic. Our eyes were surely larger than our stomachs. So we settled on a bowl of Kalamata and Amfissa olives. Alongside these we were served a plate of Tzatiziki and a beautifully soft and milky cut of Feta. We went all out- Greek meze style! 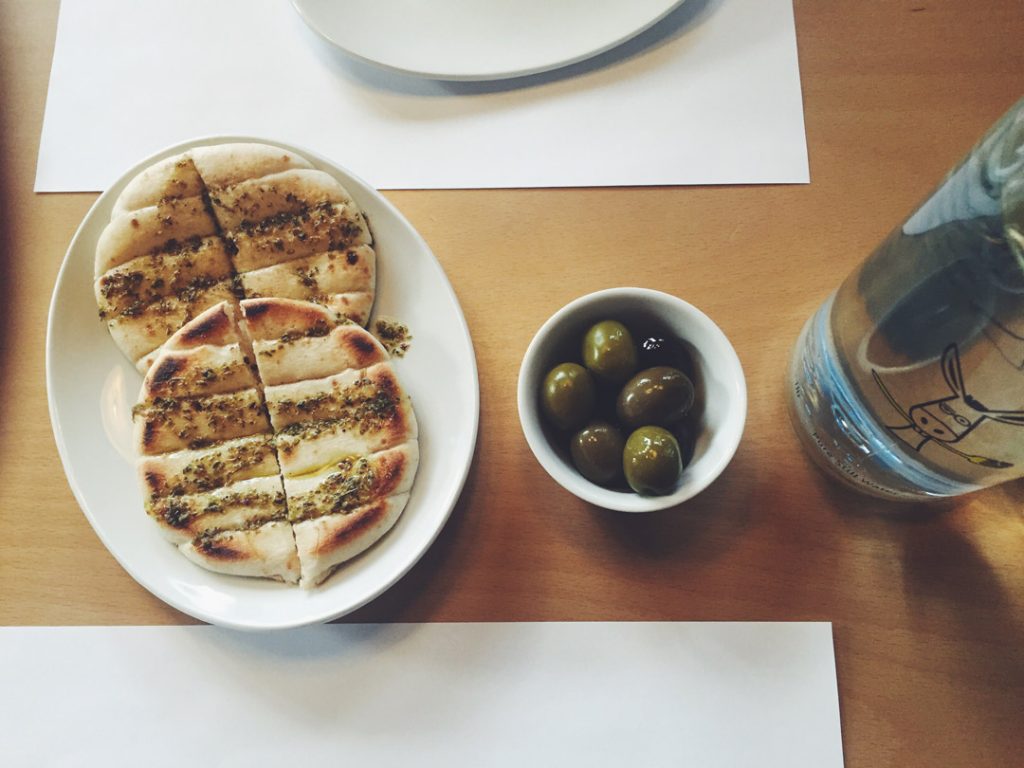 If there’s an item that is often overlooked in the design of a restaurant with foreign cuisine, it is that of the drinks menu. More often than you may think, I have been in a restaurant to be disappointed that the only beers that are served are that which are tokens of the local pub. Hungry Donkey wowed me with an interesting never before tried (by me) list of Greek beers and spirits that were on the menu. I decided on a Marea pale that described itself as full bodied with citrus and dried fruit aromas. It certainly did not disappoint either, with even the labels Greek cartoons entertaining us during our first few mouthfuls. The wine menu features delicious examples from locations such as Santorini, Crete, Florina and Amyndeon. Without forgetting of course the classic Greek spirit, Ouzo that makes an appearance. Well, it wouldn’t be a Greek restaurant without some Ouzo.

Whilst enjoying the beer we were served Zucchini fritters alongside manouri and ladotyri cheeseballs. Both amazing! The cheeseballs have a great texture. A hard outer shell breaks open to reveal the creamy cheesy inside and they sit in a bowl of thyme wild honey and boukovo chilli so give you a good punch of flavor.As my fiance always says, a Greek meal isn’t complete without a Greek salad and it’s safe to say, full marks here too. A bowl of deliciousness with olives, crumbling feta, sweet tomatoes, cucumber, peppers and tangy red onions. 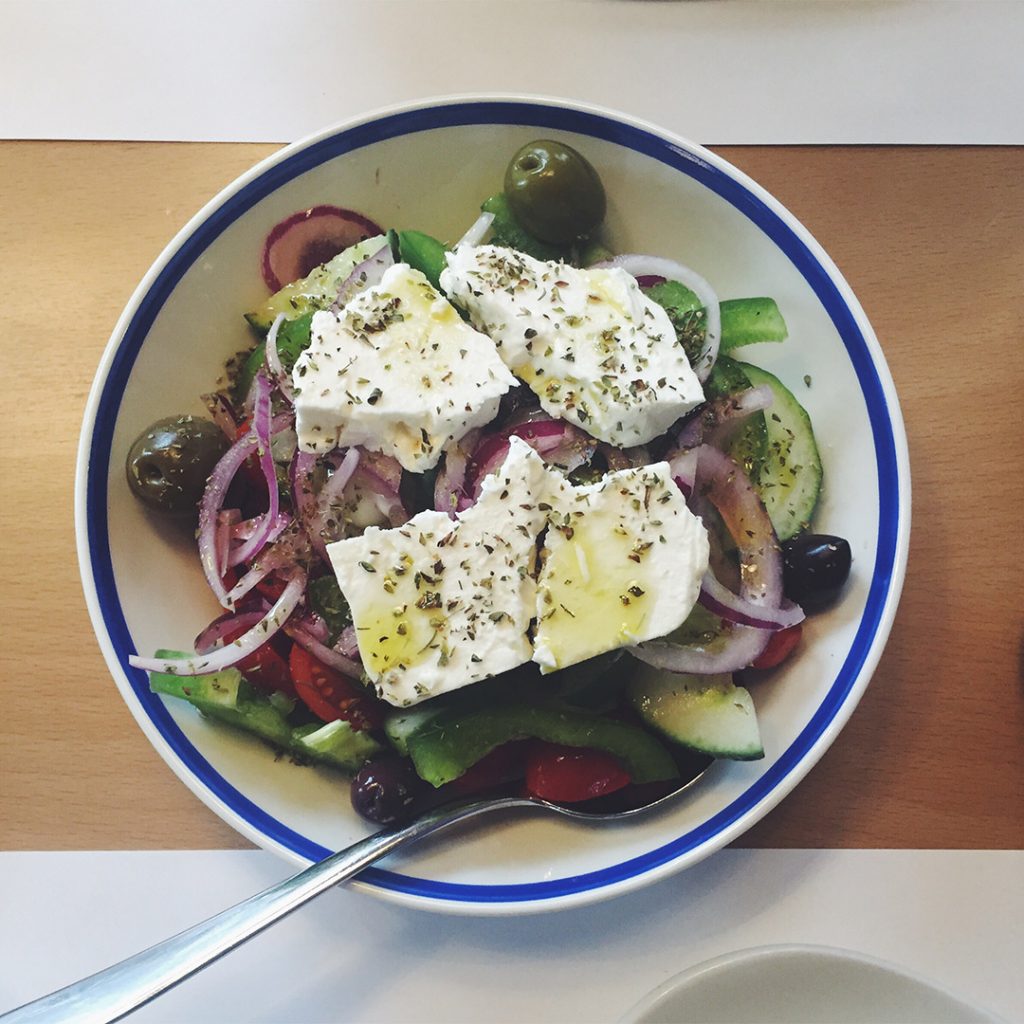 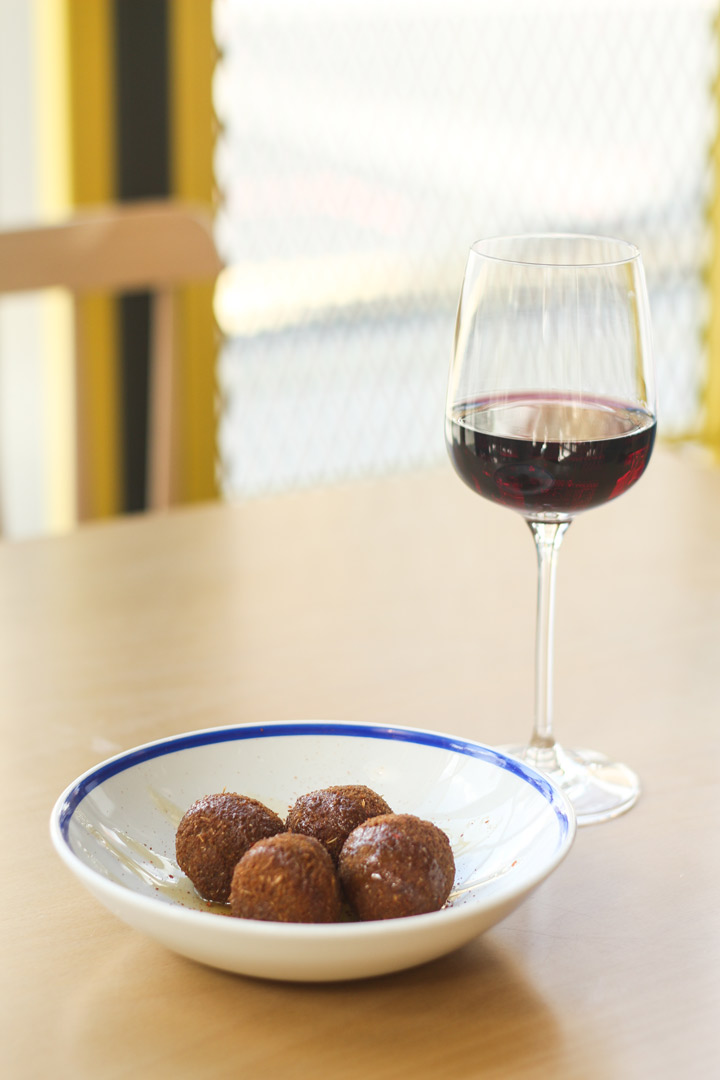 The remaining main dishes, a lamb souvlaki pita wrap and chicken souvlaki skewers that are cooked over the restaurant’s Robata grill were bought to the table. The wrap in itself would make a great, well priced lunch for nearby workers. Served as a main for a relaxed evening’s dinner it serves its purpose just as well. The lamb inside of mine was succulent and flavoursome. Not gritty or chewy as often lamb can be. In fact, I had reached my capacity. I was full. 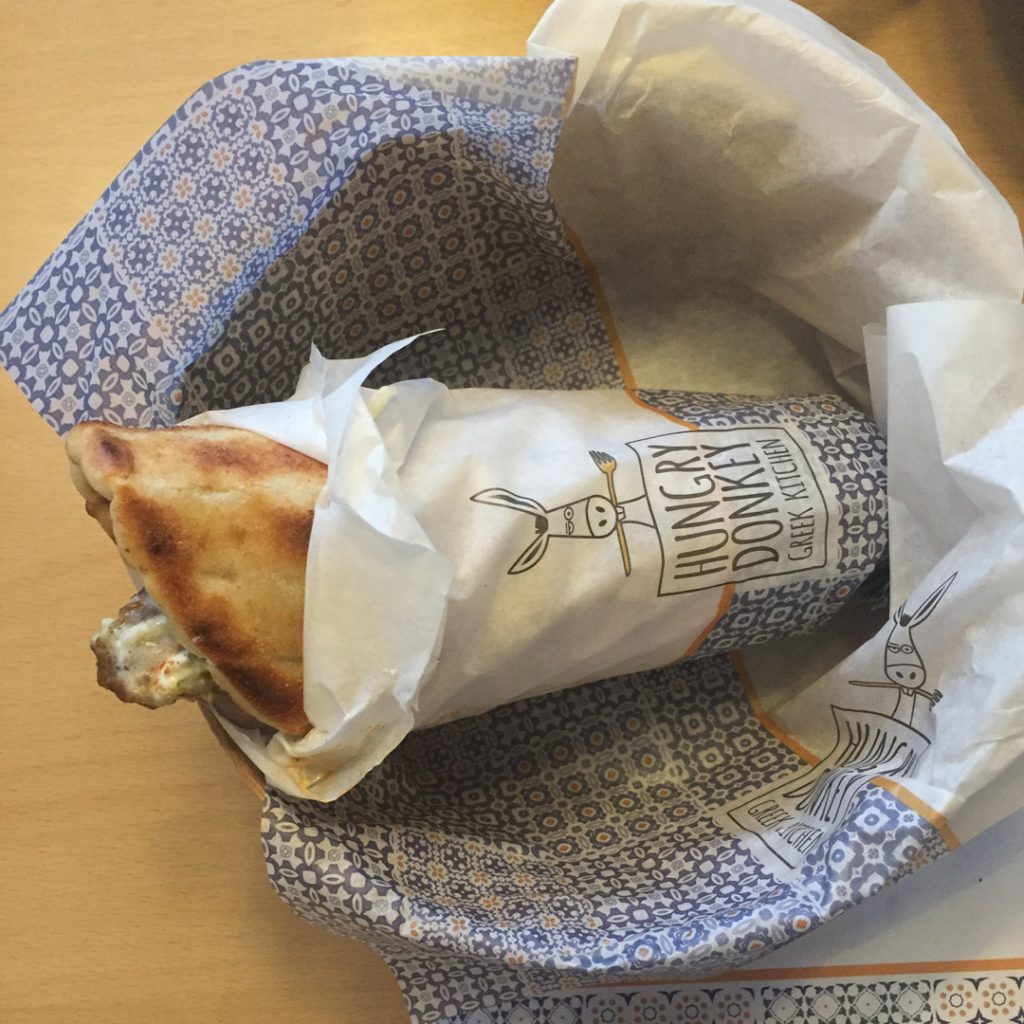 After a good period of conversation and a few drinks later we had just enough room for a desert to share and decided on the light buffalo milk kaiak ice cream. Different from your typical ice cream due to its creamy texture and taste. In fact when we say different, we really mean it. This is ice cream far superior in texture to anything you’d usually find in your freezer. My fiance said that it reminded her of spending time with her family in Greece so this is a truly authentic dessert.

Hungry Donkey is a relaxed yet lively restaurant that serves dishes true to their heritage. Perfect for a large dinner or a grab-a-snack lunch with dishes that are light and full of flavour, with all food available for take out. If you have any interest in Greek cuisine, which is surely some of the most delicious and healthy of all cuisines, you’d do well to visit Hungry Donkey.