We are big fans of Mr Vivek Singh, the accomplished and celebrated chef of Cinnamon Club, Cinnamon Kitchen and Cinnamon Soho. I met him last year, whilst covered in Holi powder paint at a Holi festival event that he was throwing in Liverpool Street, London. That day, not only did I have the pleasure of throwing paint over one another and our fellow dinner guests, but we enjoyed a private dining experience in Cinnamon Kitchen. I was thoroughly impressed with the menu selection and the food and you can read more about my experience here.
It was exciting to hear then that Mr Singh has put his hand to another establishment, this time Cinnamon Bazaar in Covent Garden. Once we received a call to make a visit, thoughts returned to the wonderfully strong, aromatic and flavoursome herbs and spices that came through the food at the Cinnamon Kitchen. I did not hesitate to say; yes I shall be there. 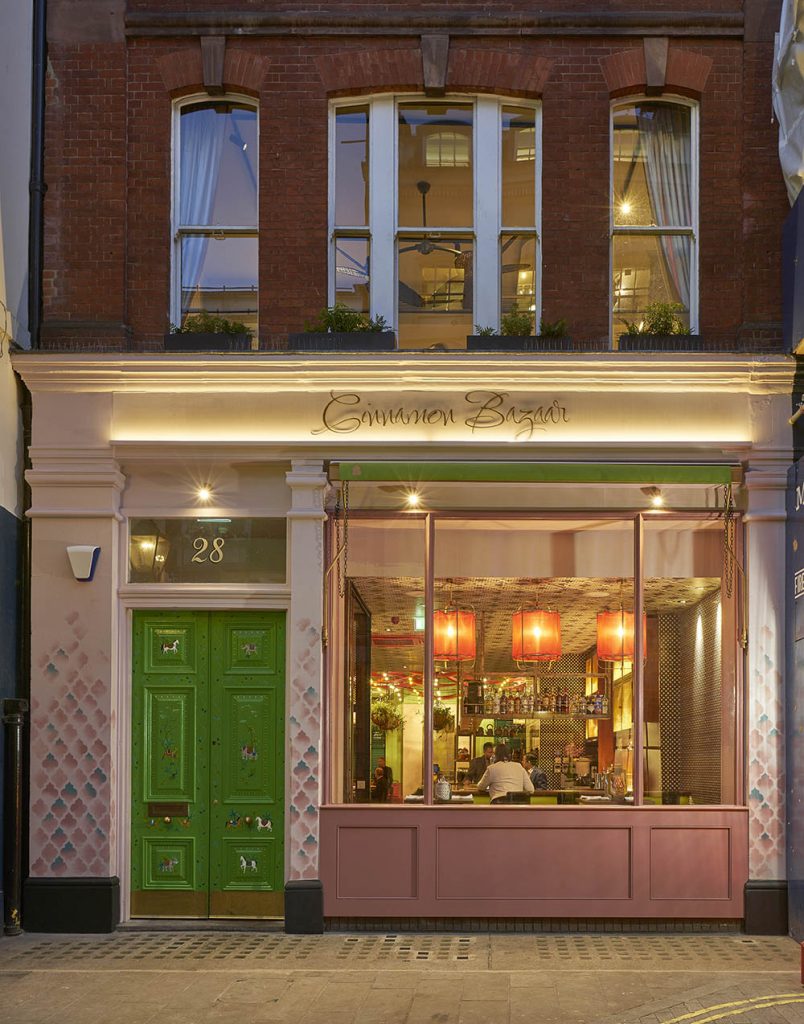 “The concept of fusion cooking began at the bazaar, where ingredients, trends and ideas have been exchanged for centuries. The restaurant’s menu reflects this, with dishes drawing connections between countries dotted along the ancient trading routes. Bazaars acted as democratic places for people to meet, eat, drink, work and celebrate, which is echoed in the restaurant’s laid back feel. It is a place where guests can come and relax whether eating, drinking, or just meeting up with friends for a chat over a chai.”

For our meal we were warmly introduced to the menu by the staff and the manager who picked out a select favourites of theirs for us to try as well as a cocktail, put together by mixologist Ryan Chetiyawardana. He comes to Cinnamon Bazaar from the White Lyan bar and the renowned Dandelyan. I enjoyed a Bazaar Old Fashioned, a twist on one of my favourite drinks, with coconut washed Indian scotch, coconut sugar and burnt cinnamon. It was delicious and certainly not a disappointment away from what is typically a very straight forward and simple cocktail. My partner enjoyed a Gin Julep, that had flavours of green mango and black cardamom which were so good she had to order another. 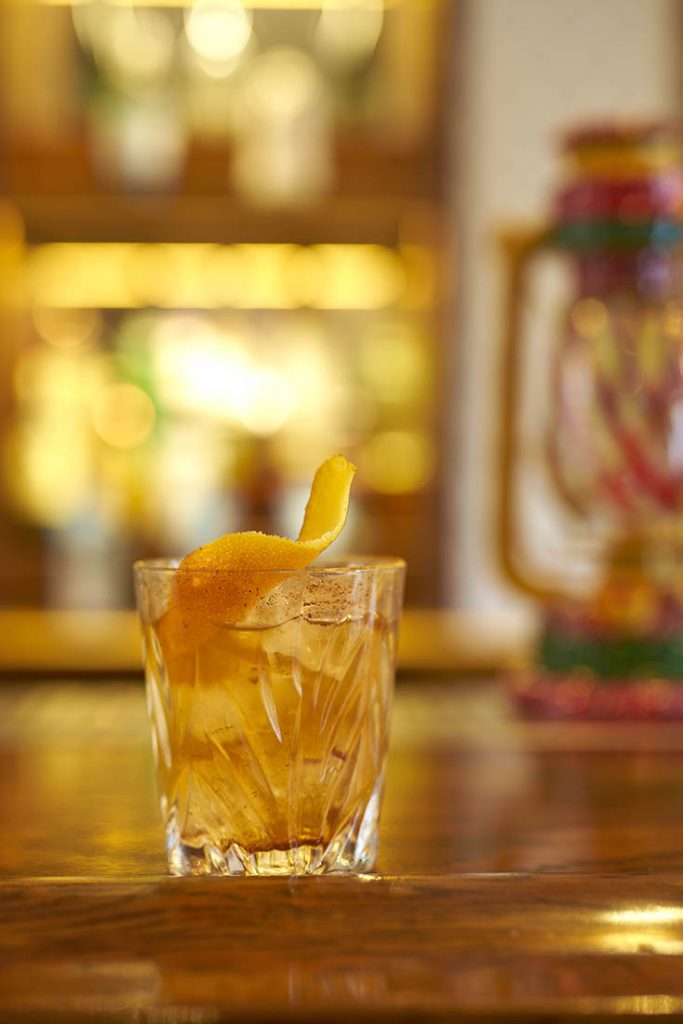 Our feast arrived, we asked for all the dishes to arrive together so that we could pick and choose form the colourful platter that our table had turned into. A delight of chichen biryani in Lucknow style, with burhani raita. I’m always a fan of biryani dishes as the cooking methods make the meat turn in to succulent and tender pieces with the rice absorbing a lot of the flavours whilst together. My partner had a tandoori chicken malai tikka with mace and cardamom and we partnered up on a watermelon chaat and tapioca chips served with green chilli mayonnaise. The menu also serves wonderful sounding dishes such as Malabar boatman’s haddock curry or Rajasthani lamb with corn curry stir-fried greens. We finished off our meal with a cardamom kheer crème brûlée and a cubeb kulfi on a stick. Both dishes pack a punch in the flavour department, mixing the cardamom with the sweetness is a delight in itself. 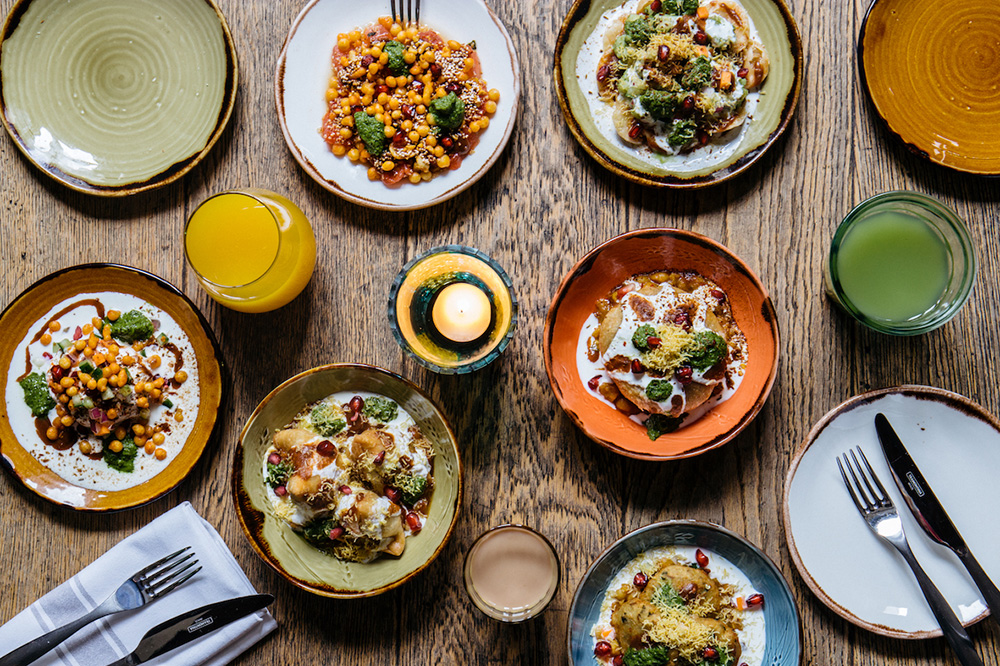 The atmosphere inside Cinnamon Bazaar, is very similar to that of its surroudnings, Covent Garden. Lively. The tables are close together and it’s busy. However this works with the concet of the restaurant that revolves around people meeting along trading routes as mentioned earlier. If you’re looking for a date or simply a meet up for some great food in a lively location then Cinnamon Bazaar is the place for you to find just that. 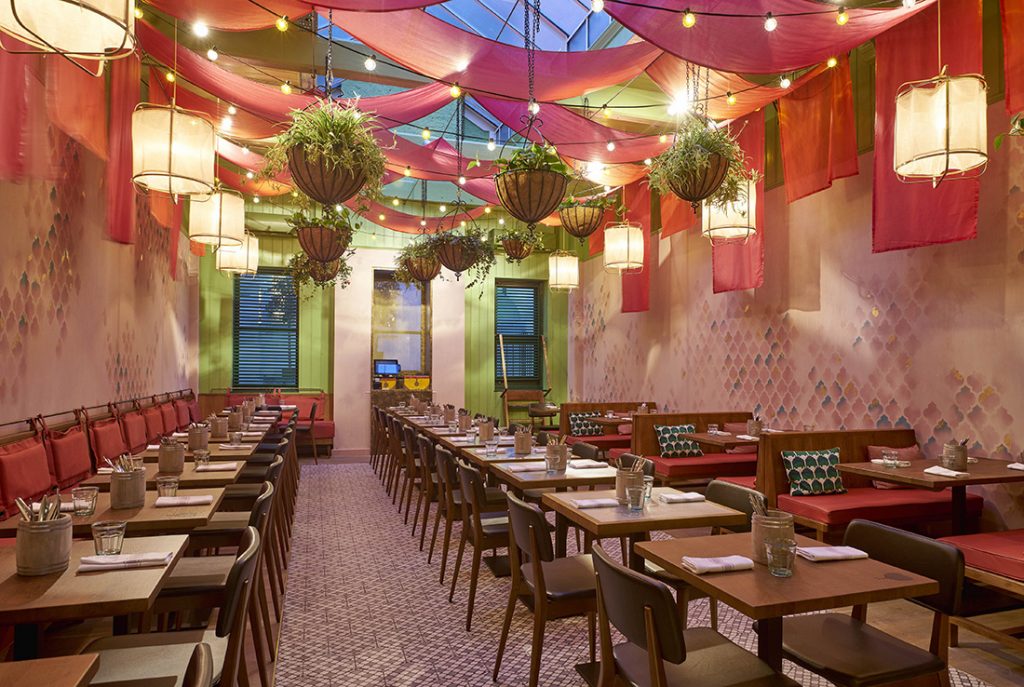