On the 23rd April, worldwide fans will come together to celebrate the 400th anniversary of the death of William Shakespeare. Regarded as one of the greatest writers to have ever lived, Shakespeare covered almost every genre in the form of comedies, tragedies and romance and his work continues to inspire to this very day. Cultural couples will delight in the offerings within the Capital to commemorate such a momentous occasion with themed events as well as food and cocktails galore. 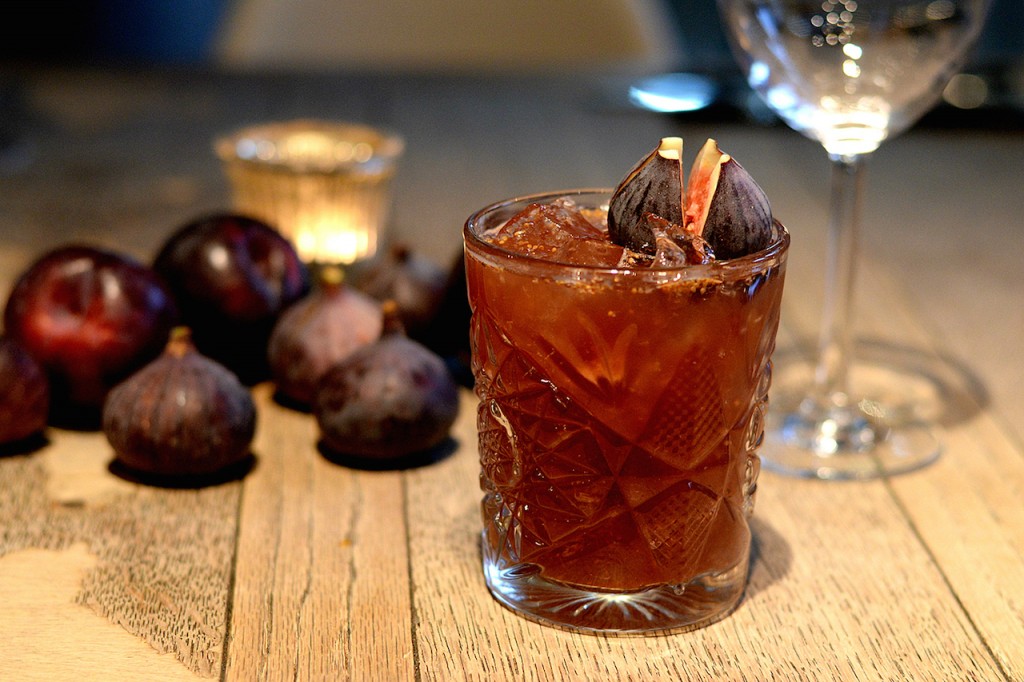 Raise a toast to Britain’s beloved William Shakespeare with “The Tempest”, a dreamy cocktail concoction to mark the 400th anniversary of the legendary writer. Available from 23rd April to 22nd May at The Refinery Bankside & The Fable in Farringdon. Inspired by the fairytale gardens referenced in Shakespeare’s plays including “The Tempest”, “A Midsummer Night’s Dream” and “Much Ado About Nothing”, the tempting tipple combines fresh figs and plum with port, maple syrup and Courvoisier – the perfect sip whether you’re a budding Romeo looking to woo your lady, a damsel in distress or just enjoying a drink with friends.

Enjoy “The Tempest” at The Refinery Bankside, the area of London that Shakespeare chose to reside during the height of the play house boom, or The Fable bar and restaurant inspired by the fantasy world of fairytales complete with never-ending story wallpaper and a group ‘library’ table encased in leather-bound books. Expect to be entranced and enthralled. 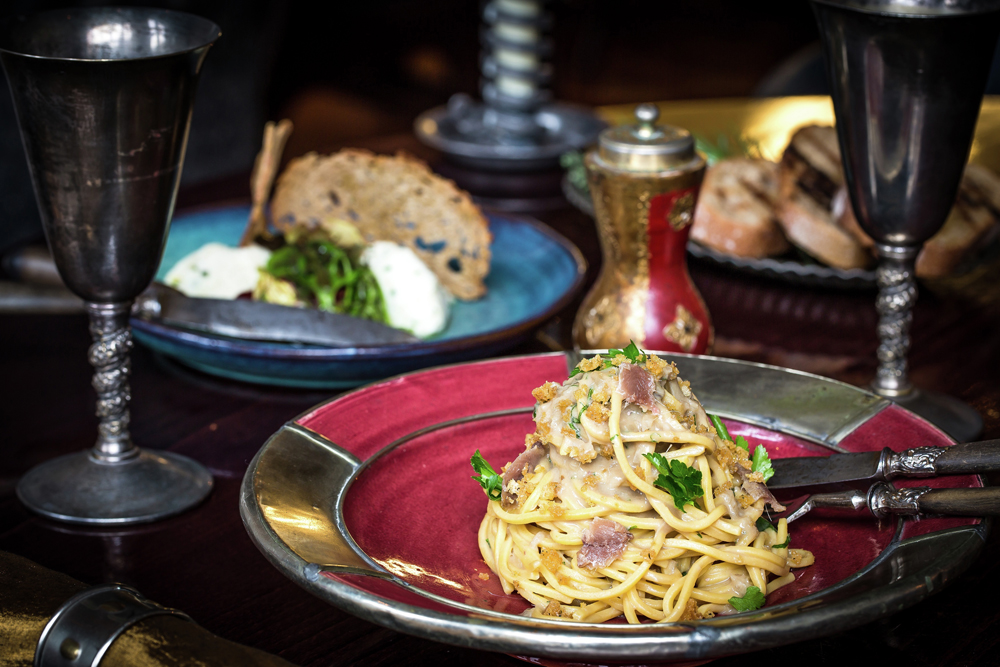 To celebrate the 400th anniversary of Shakespeare’s death, London’s bankside Union Street Café is saluting the ‘Bard’ with typically Venetian menu and a film screening of Romeo + Juliet.

From 23 April – 22 May, diners can immerse themselves in the Venetian world of Othello and The Merchant of Venice, not to mention Romeo and Juliet in nearby Verona, with a menu that is bursting with traditional regional favourites such as the starter of cod baccala –drizzled with salt, pepper, garlic and herbs – followed by bigoli pasta in salsa, and cuttlefish with peas for mains. But even these impressive dishes will suffer competition for attention from la crema fritta, the deep-fried custard that’s considered to be the apogee of the city’s sweet street food, for dessert.

As if that weren’t enough, Union Street Café will also host a screening of Baz Luhrmann’s acclaimed Romeo + Juliet on on 19 April. During the screening, viewers will experience the film through a series of dishes and Disaronno cocktails inspired by the scenes being shown. Dishes that evoke the on-screen romance and cocktails served in vessels from the film. 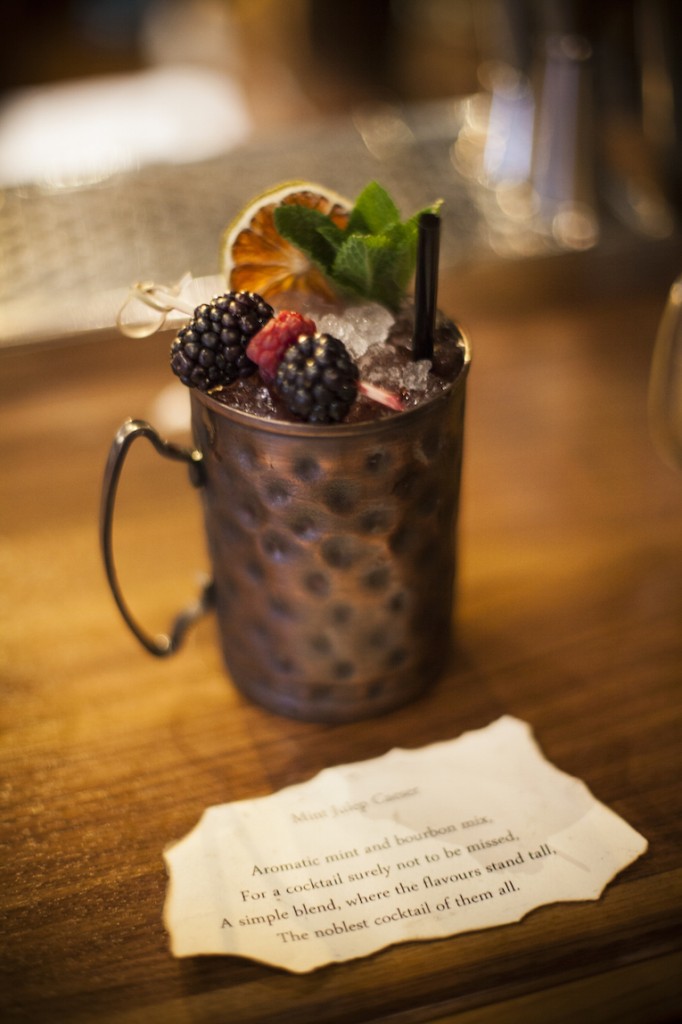 To commemorate the 400th anniversary of the Bard’s death this April, TwoRuba bar at Hilton London Tower Bridge invites you to embrace your inner bookworm, and raise a glass to the greatest English writer who ever lived, with a bespoke collection of shaken cocktails, blended with seasonal spring fruity flavours.

The boozy Bard cocktails are available from 1 April – 30 April and include specials such as the Mint Julep Caesar (£11) – the bourbon-based tipple is getting a makeover, with a much welcome addition of freshly muddled blackberries and a dash of crème de cassis, cutting through the toasty wood and coffee flavours and complementing the sweet spicy notes of Kentucky’s favourite brown liquid. 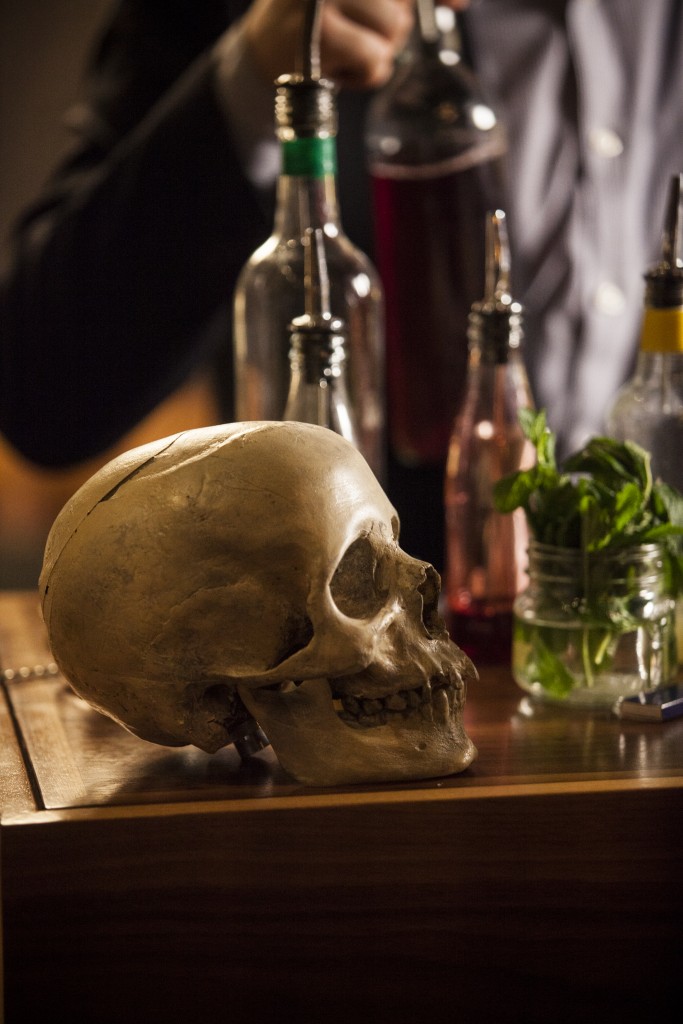