In a nightclub in Dublin, Ireland, on a Saturday night back in 2010. It was love at first sight across the dancefloor! We started to talk and I asked her for her number, minutes later Paula kissed me and that was that!

The next day we met up for a drink in a pub in Dublin City, we were meant to have dinner but we had no appetite, so getting to know each other over a couple of drinks was our first date. We hit it off straight away so no looking back.

Tell us about Continent Chasers…

As Declan suffers from Cystic Fibrosis, and we both love travel, we decided to set up a travel blogs and information website before our trip to North, Central, South America, Australia and Asia. It started off as a diary for us, family and friends and for Declan to practice some writing, as he was interested in giving it a try. After some positive feedback from fellow sufferers and their families we felt it would be good to expand the website and use it to create awareness for the disease around the world as well as giving hope to newly diagnosed sufferers who feel that the disease may stop them living a normal life. It is has been a project we are both passionate about and proud of even if it doesn’t set the world alight! 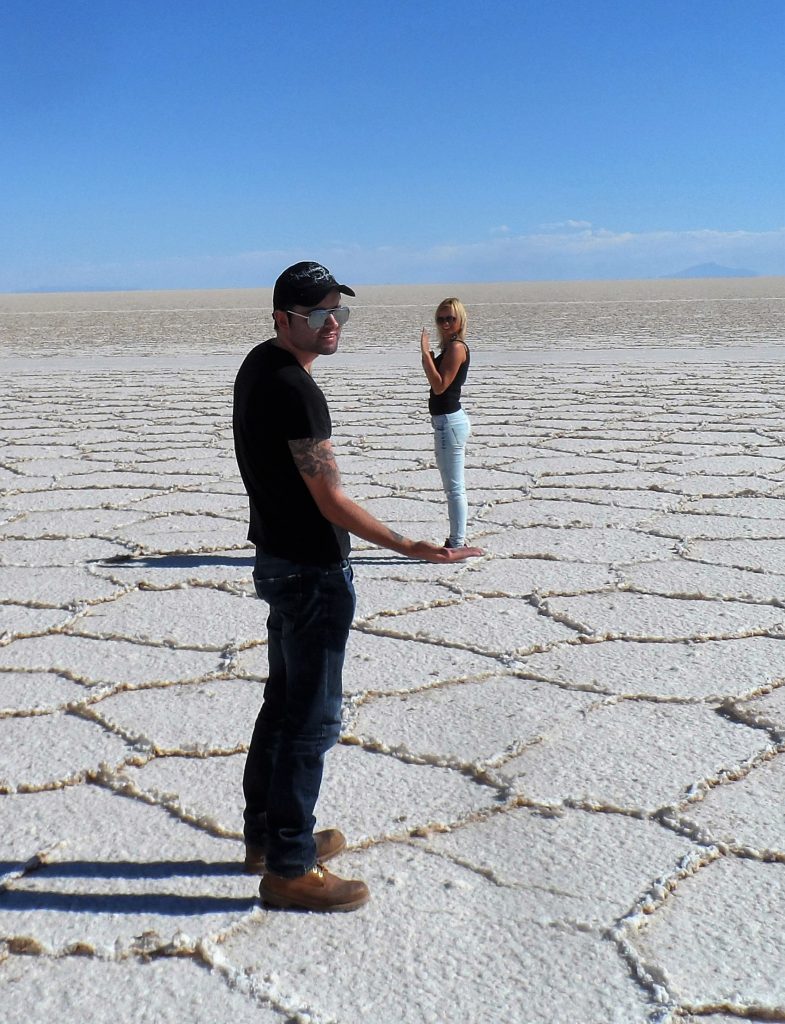 You are both an inspiration. How difficult is it travelling with Cystic Fibrosis?

Thank you for the kind words but we don’t feel like inspirations, we are just normal people. Declan suffers from Cystic Fibrosis and I suffer from kidney troubles with one functioning kidney. It can be difficult travelling with CF with medication the main problem. Before we travelled we had to arrange an adequate supply of medication which fitted (just) into a sportsbag. At many border crossings and airports there was a process of bag checks, document producing and detailed explanation as to what the medication is for and what exactly it is. It can be difficult as many people have never even heard of the disease, particularly in South America and Asia. The long journeys, particularly by bus, can also be tiring and infection control can be difficult when you are in close proximity to many other people. Thankfully Declan had no major issues when travelling, just the odd minor chest infection, which could be treated by oral antibiotics. Declan feels fortunate as most of his medication can be taken in minutes unlike many other sufferers who rely on oxygen and nebulisers.

What inspired you to travel?

Declan has always been fascinated with the world from a very young age. He loved studying globes and atlases and always dreamed of visiting far flung destinations. From a young age he knew the capital of every country in the world, which probably started as an infant when his older brothers taught him for their own amusement! For me (Paula) my family background was my inspiration. My parents left Poland during Communist times at a young age to live in Canada where I was born. After eight years of fighting to stay in the country with TV appearances, newspaper articles and battles with government, we moved back to Poland and after another eight years moved to Ireland. This movement always made me aware of the outside world and I guess the bug passed on to me.

What has been your most exciting adventure together?

From July 2014 to April 2016 we travelled from North America to Central America to Cuba to South America. Lived one year in Perth Western Australia, home for Christmas then to Asia for three months. It was a once in a lifetime opportunity full of memories and new experiences and is definitely our travel highlight, it is difficult to go back to everyday life after this trip. 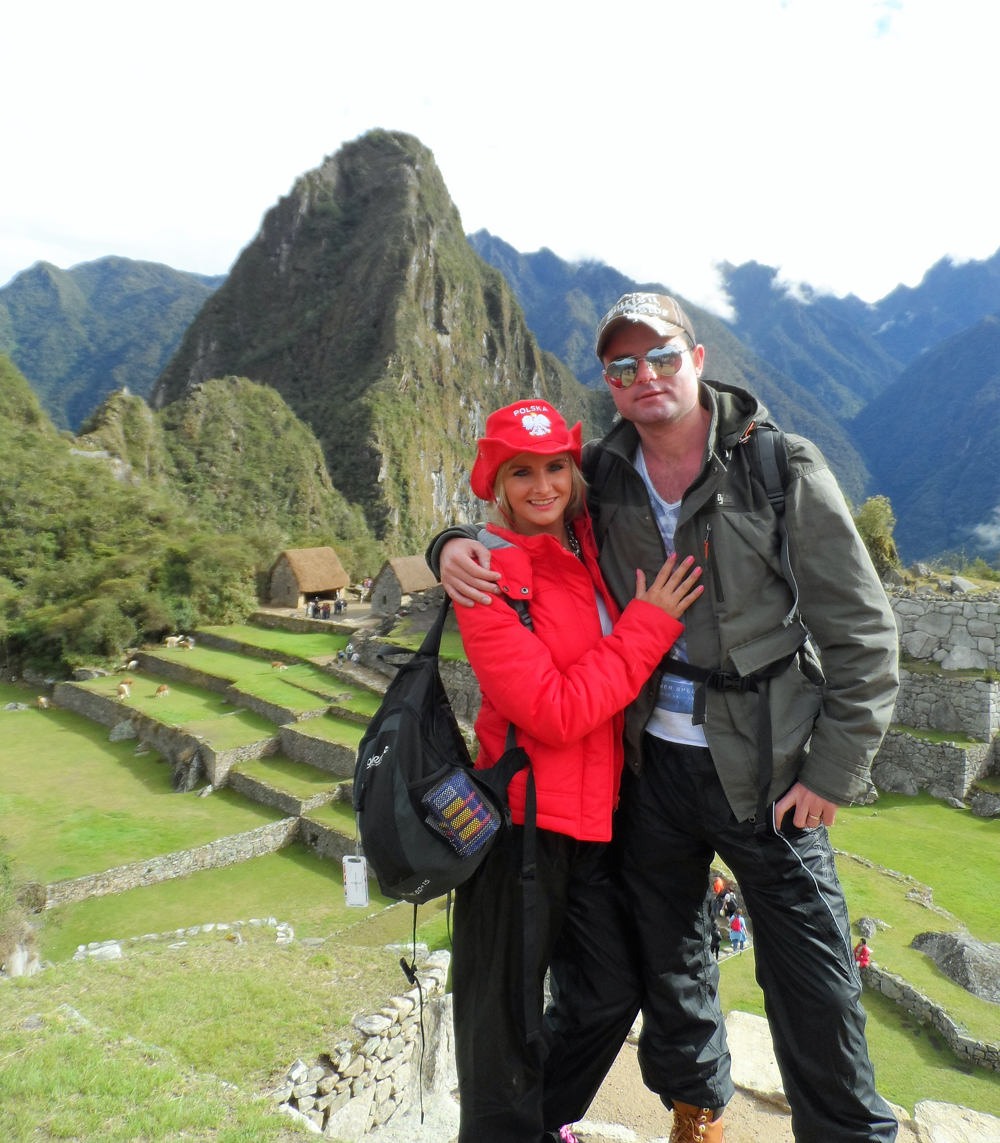 Craziest thing you have ever done?

Cycling on the World’s most dangerous road in Bolivia, toasting marshmallows on top of a Guatemalan volcano. Volcano boarding in Nicaragua, sailing from Panama to Colombia, petting Tigers in Thailand, eating scorpions and crickets in Asia and Declan has skydived and done some canyoning in New Zealand,  .

For Paula, Peru is her favourite destination, delicious food, Machu Picchu, Lake Titicaca, Nazca lines and the city of Cusco, nature at its best. For Declan it is difficult to say but Brazil is probably his favourite. Blue skies, beaches, football, meat on swords and stunning Rio de Janeiro are hard to beat in his opinion.

Not quite a hotel but a hostel. Many people think of hostels as dirty, overcrowded, lacking space and privacy. In Rio de Janeiro we stayed in a hostel at the summit of Favela Vidigal. Not only did we get to experience Favela life, which is not all drugs and crime, but we got to meet great people and experience the most awe-inspiring views from the hostel balconies. The sunrise over the city with the famous beaches and Atlantic crashing in was a sight to behold.

What do you find so rewarding about travelling?

We wrote a blog about this http://continentchasers.com/why-travel/ but to summarise the sheer freedom, no 9 to 5, no boss telling you what to do, nowhere in particular to be. The education, meeting new people, speaking different languages and with their own unique cultures and simply the adventure, how many people look back fondly on a day in the supermarket, compiling spreadsheets or filling your car with fuel? But sky-diving over a stunning lake in New Zealand, getting soaking wet on a hovercraft touching the Iguaçu Falls in Brazil, climbing up many steep steps to see a wonder of the world in Peru, Machu Picchu, are all things we experienced that were so rewarding.

It has to be our engagement, Declan had planned to propose but not during our trip to Istanbul, Turkey. The sheer beauty of the city and the fact I saw the most beautiful ring ever while there made his spontaneous proposal even more special. In front of the Blue Mosque, illuminated at night, he got down on one knee and proposed as the call to prayer rang out over the city. It was simply magical. We can both be romantic so hard to say who is the most romantic. I like to keep it simple by making a nice meal for me while Declan gives me a relaxing foot rub and makes me tea when I ask, it’s the little things. 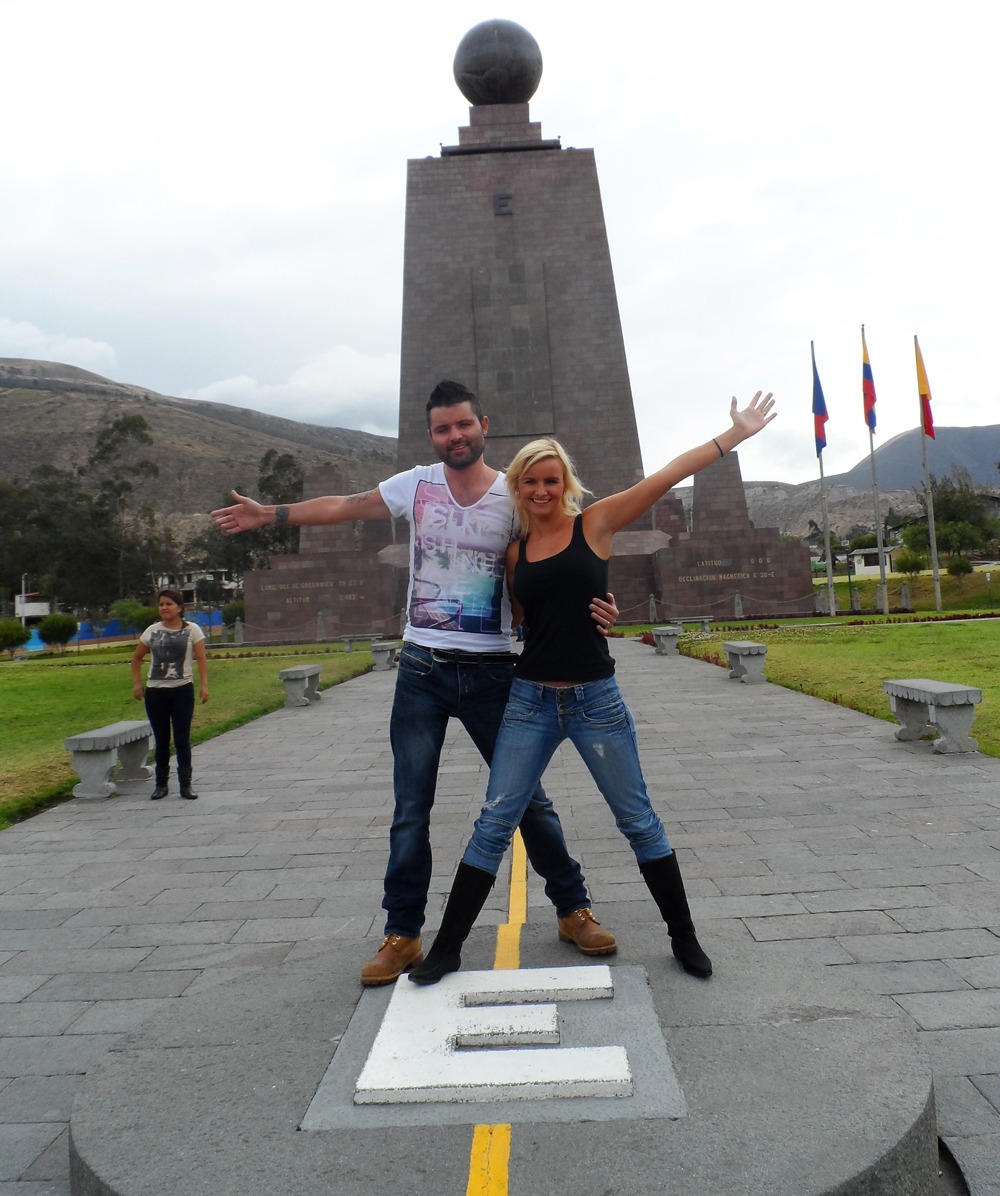 Be Inspired By….Declan & Paula |Centre of the world

Romance is a personal and simple thing for me (Paula). Nature is my idea of romance, trees, flowers, rivers and lakes. Nothing makes me feel more alive than being with nature, especially with the one I love. A simple picnic, walk or boat trip is my idea of romance as it makes my heart beat stronger. For Declan a beer put into his hand in front of the football, and me staying quiet, is pure romance for him, especially when Manchester United win, his other true love!

For Paula it has to be Polish food, she is biased coming from the country but nothing gets here salivating more than a home cooked meal from her parents or grandmothers. Pierogi, soups, bigos and krokiety being some of her favourites. For Declan Asian food is definitely his favourite, it is hard to favour one over the other but Japanese, Korean and Thai food are firm favourites. Sushi, Teriyaki chicken, stir frys, bibimbap and galbi some of his preferences.

That’s a difficult question as we have a few. Starting off with luxury, The C Restaurant in Perth is Western Australia’s only revolving restaurant; located on the 33rd floor of St. Martins Tower on St Georges Terrace, Perth City. Great food and top class views are to be had here. The Classic Train restaurant in Lima, Peru was special as it was aboard one of the first train wagons to come to Peru from England and street food in Bangkok, if fine dining isn’t within reach we always find a KFC which we love!

As a couple we are quite different, for example Declan is a thrill seeker, he loves nothing more than skydiving, throwing himself down water slides, no matter how high, and rollercoasters. I am the total opposite, nothing scares me more! We love new adventures, trying new things and visiting new countries, rarely do we go to the same place twice unless visiting friends and family. Overall we would describe ourselves as easy going, we love to get out and explore a new city on foot but also love spending days doing nothing just lazing in front of the TV.

What are your travel essentials?

For Declan it has to be his medication which consists of tablets, inhalers and nasal spray. In addition he needs his hair gel, Ipod and hair clippers. For Paula it is makeup, nail varnish, playing cards and one pair of nice shoes (heels).

No concrete travel plans as yet because we need to save after our last trip, but Iceland and Africa (South Africa and Namibia) are high on the list, anywhere we have yet to visit is always on our to do list.

For Declan probably Tristan Da Cunha because of its isolation and for Paula a safari to Tanzania or Antarctic expedition, as it is not a place many get to see.

Primarily to stay fit and healthy and to see all the countries on the planet (as many as we can), work for ourselves and live in a country with plenty of sunshine and blue skies.

You can learn more about us and follow us at www.continentchasers.com or on Twitter @ContinentChaser and Facebook.com/ContinentChasers